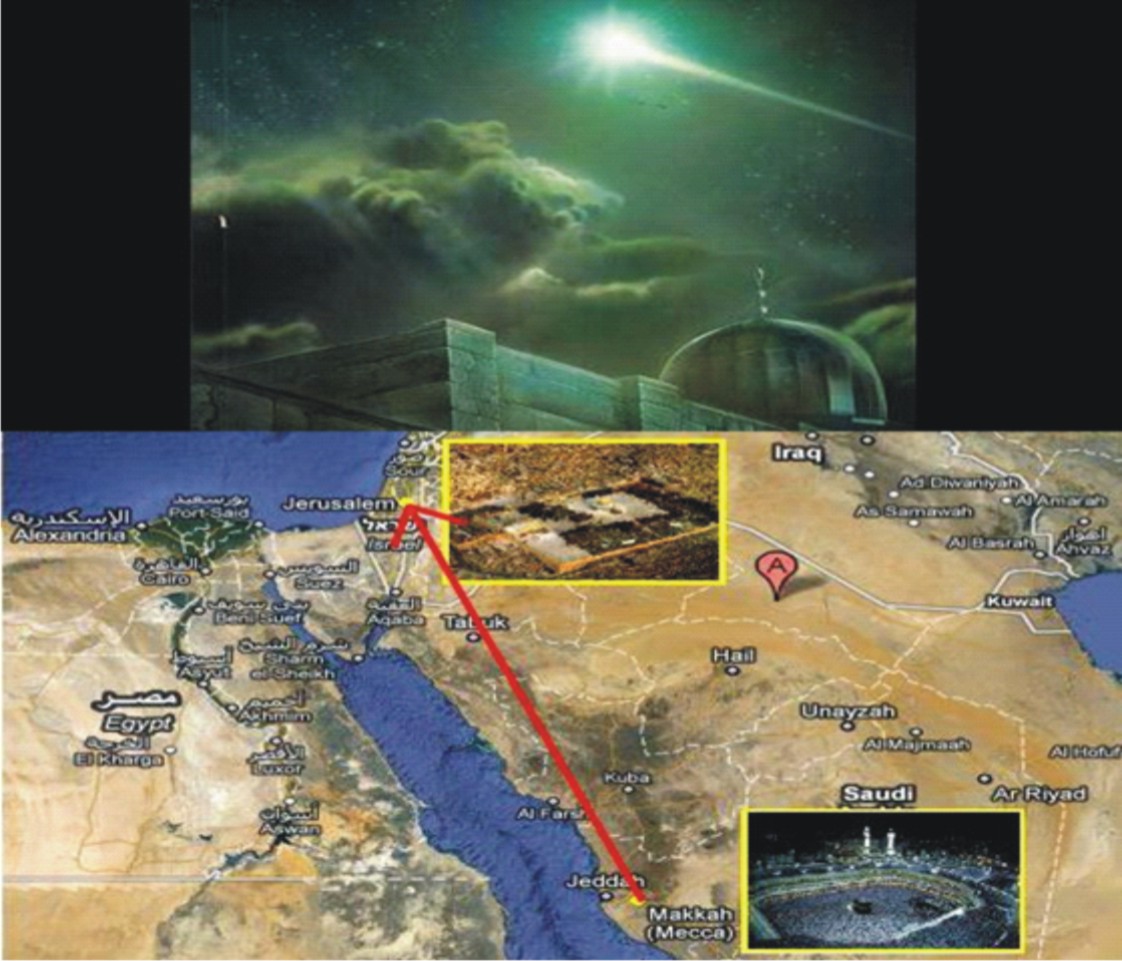 Me’araaj-un-Nabi in light of Modern Science

Qasim Abbas 0 March, 2022 4:59 pm
What No Human Being May Know
Some Inspiring Hadiths of Prophet Muhammad (pbuh)
Being Patient Earns Reward

According to Muslim Scripture Holy Quran, approximately 1,400 years ago, on the 26th night in the seventh Islamic month of Rajab, Islam’s Last Messenger Hazrat Muhammad (pbuh), physically and in an awakening state, visited his Creator Almighty Allah. This event is called ME’ARAJ in the Arabic language, i.e., ASCENSION. The journey was at an unimaginable height and millions of light-years away from the earth.

The Holy Quran mentions this event as under:
“Glory to Allah, Who took His Servant for a Journey by night from the sacred Mosque to the Farthest Mosque, whose precincts We did bless, so that We may show him some of Our signs, for He (Allah) is the One, Who hears and sees all things. (17:1)

“He was taught by One Mighty in Power. Endued with wisdom, for he appeared (in stately form). While he was in the highest part of the horizon. Then he approached and came closer. And he was at a distance of but two bow-lengths or (even) nearer. So did Allah convey the Inspiration to His servant – conveyed what he meant to convey. The Prophet’s mind and heart, in no way, falsified that which he saw.” (53: 5, 6, 7, 8, 9, 10 & 11)

1.6 billion Muslims living on this earth have absolute and unconditional faith that Islam’s Last Messenger Hazrat Muhammad (pbuh) had traveled at night, at un-imaginable and un-thinkable height to space, millions of light-years away from earth, in person, physically, and in the awakening state. And he had returned back to earth before sunrise the next morning i.e., within less than 24 hours.

The fact behind this seemingly impossible event is that Almighty Allah is All-Powerful on all the things i.e., Alaa Kulle Shayeen Qadeer (2:284) ( “Allah has power over all things.”). The matter seeming impossible to a human being, it is absolutely possible for Almighty Allah, as revealed in the Holy Quran:
“………..Kun Fayakoon!” Verily, when He (Allah) intends a thing, His command is, ‘Be, and it is!’ ” (36:82)

Therefore, it was the fact that in one night, Islam’s Last Messenger Hazrat Muhammed (pbuh.) traveled in space at night, millions of light-years away from the earth and returned back the next morning. And if anyone may think this as impossible, un-imaginable, and unthinkable, the fact is that today’s modern science confirms this event. If we see the possibility of ME’ARAJ (Ascension) in light of modern science, we can find the proof. Let us understand the Theory Of Relativity, invented by 20th century Noble Prize winner scientist Albert Einstein.

To understand this sophisticated truth, Albert Einstein gives an example this way. Suppose there are two youths, both of 25 years of age. One youth stays on earth, and the second youth travels in a spacecraft traveling beyond the earth’s atmosphere in space, traveling at 99% of the speed of light. Under these circumstances, when the second youth will return to earth after 100 years, his age at that time will be 39 (25 +14) years only. Whereas the age of the first youth, who stayed on earth, his age will be 125 (25 + 100) years. This is the simple way explanation of Theory Of Relativity.
(One Light year means the distance equivalent to the distance the light travels in one year at the speed of app. 186,000 miles i.e. app. 310,000 kilometres per second).

This is the scientific explanation of TIME and SPACE in relation to and in light of Theory Of Relativity, by which the event of ME’ARAJ is backed and confirmed. Islam’s Last Messenger (pbuh.) mode of conveyance for ME’ARAJ was BURRAQ. (meaning: OF LIGHTNING from Arabic word BURQ). If BURRAQ is considered a spacecraft for the purpose of understanding the event of ME’ARAJ, then this event can be understood easily. However, the speed of BURRAQ was much faster than spacecraft traveling at 99% speed of light because Almighty Allah, who is All-Powerful, can do all the things possible. Then how the event of ME’ARAJ cannot be termed as in person, physically, and in an awakening state?