Truth is Staircase to Heaven 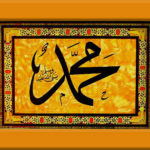 Certain virtues are highly valued in all societies. One of these is truthfulness. Islam recognises that other religions and communities attach great importance to such virtue. Indeed, the Prophet says: “I have been sent with my message in order to complement the best of virtues.” In this definition of his message, the Prophet emphasizes that virtues which are acceptable to common sense exist in all societies and are inevitably upheld by all communities. What Islam does is to complement and perfect them.

A Sense of Direction
Indeed, Islam has a unique way of doing that. It imparts to its followers a sense of direction which remains present in their minds throughout their lives. The ultimate aim is to win admission into heaven. Every action a human being does can either bring him closer to that overall aim or move him further away from it. Therefore, a Muslim always weighs up his actions before embarking on them. If he is of strong faith, he has no hesitation to refrain from doing anything which diminishes the likelihood of his being admitted into heaven. He is always aware that he may die at any moment, and he knows that he must be prepared for the hereafter. Any indulgence in anything forbidden moves him away from attaining his goal. Therefore, he is always on his guard.
It is not surprising, therefore, that Islam stresses the great importance of those virtues which affect people’s behaviour and their standing in society. One of these is truthfulness. Islam views falsehood in any form as utterly repugnant. To tell a lie is something that is totally unacceptable to Islam. It can never be condoned in any situation where it can at all be avoided. The Prophet was once asked about various actions which Islam forbids and whether a believer may commit any of these. He said that a believer may be guilty of such forbidden things as theft, adultery and drinking intoxicants, but a believer cannot tell a lie. Telling a lie is against the very concept of faith.
We have often said that the Prophet made use of every occasion to stress certain points, the importance of which he wanted to drive home to his followers. It is not surprising that we find in his guidance a large number of Hadiths which speak about the importance of being truthful and emphasize the absolute importance of refraining from lying. In the following Hadith, he depicts truthfulness and falsehood as opposite powers leading those who practise them in opposite directions. Abdullah Ibn Massoud quotes the prophet as saying: “Maintain truthfulness, for truthfulness leads to righteousness, and righteousness leads to Heaven. A man continues to maintain truthfulness until he is recorded in Allah’s book as truthful. Refrain from lying, because lying leads to blatant evil, and evil leads to the fire. A man continues to lie until he is recorded in Allah’s book as a liar,” (related by Al-Bukhari, Muslim, Abu Dawood and Al-Tirmithi).

Six Aspects of Truthfulness
We note how the Prophet describes each course of action as a graded one, leading from one stage to another. When a person maintains honesty and truthfulness, they become characteristics of all his actions and he is righteous.
Scholars have identified six aspects of truthfulness which a Muslim must maintain. The first, refraining from telling any lies. Secondly, sincerity of intention which means that a person does not say something verbally when he has something different in mind. Thirdly, truthful resolve. This means that if he has intended to do something good, he strengthens his resolve to do it, especially when the chance to fulfil his intention presents itself. Fourthly, acting on what one has resolved. Fifthly, sincerity of action and finally sincerity of attitude. This means that if a person says that he relies on Allah, he actually means it and it is endorsed by his action. A person who combines all the six aspects of truthfulness is a thorough believer. Moreover, he is bound to be good, because truthfulness encourages every aspect of righteousness, and that leads to Heaven, as the Prophet (Pbuh) explains.
Moreover, when a person maintains truthfulness, this becomes a characteristic of him and he earns the title of “truthful” not merely among his fellow human beings but also with Allah. This is a verdict passed on him and publicized among angels and other creatures of Allah.
Conversely, falsehood leads to evil, since a liar thinks that he can cover up any evil action he commits with a lie. If he is successful once in this, he is encouraged to do it again. Thus, evil practices become a habit of his and every time he commits one of his practices, he bears its burden. His evil actions are certain to weigh down heavily on him and he will find that Allah’s forgiveness is not forthcoming in his case.
What this means in actual fact is that every human being is on a journey which lasts throughout his life. He is either moving towards heaven or towards hell. Every deed he does is a step in his journey. He chooses his directions. When he dies, he reaches the position towards which he has moved progressively. He is not admitted into Heaven or thrown in hell out of a sudden. In fact, he has earned neither position over the whole period of his life. This is what is meant by righteousness leading to heaven and evil leading to hell.
A person who continues to lie is recorded in Allah’s books as a liar. That becomes a characteristic of his. He will be known among human beings, angels and other creatures. It is important to realise that Islam abhors lying in all situations. It should be noted however that there are cases when telling a lie is acceptable. However in normal situations, telling a lie is forbidden, whether it is said in earnest or in jest. Consider the following Hadith in which Abdullah Ibn Masoud quotes the prophet as saying: “Lying is improper whether in earnest or in jest. (All lying is unacceptable) even if any one of you promises his child something and does not fulfill his promise.
(Related by Al-Bukhari in Al-Adab Al-Mufrad and Abu Dawood). This Hadith shows how greatly repugnant lying is viewed as in Islam. Most people do not find anything wrong with not fulfilling a certain promise given to young a child. The child is bound to forget or he can be easily appeased with something different. But deliberate un fulfilment of a promise given by a parent to a child is unacceptable. In order to emphasise this last point, here is a report by Abdullah Ibn Amir, a young companion of the Prophet. He says: “My mother called me one day when Allah’s messenger (peace be upon him) was in our house. She said “Come and I will give you something.” Allah’s Messenger (Pbuh) asked her: “What do you intend to give him?” She said: “I want to give him dates.” The Prophet said: “If you were not to give him something, your statement would be recorded against you as a lie.”