Al-Battani, also known by his Latinized name Albategnius, was an Arab astronomer and mathematician born in 858 C.E. in Harran, a state of Battan in modern-day Turkey. His full name was Abu Abdallah Mohammad ibn Jabir ibn Sinan al-Raqqi al-Harrani al-Sabi al-Battani. He is often regarded as one of the greatest Muslim astronomers and his discoveries to astronomy and trigonometry played a considerable role in the advancement of science in the Middle Ages.
Al-Battani’s greatest fame came in Mathematics with the use of trigonometric ratios that are also used today. He also catalogued 489 stars and calculated the length of the solar year as 365 days, 5 hours, 48 minutes and 24 seconds, which was only minutes off the length later calculated using telescopes and atomic clocks. His notable book, Kitab az-Zij (Book of Astronomical tables) was translated into Latin by the name De Motu Stellarum (‘On the Motion of the Stars’) by Plato of Tivoli in 1116, and appeared in 1537 and again in 1645. Al-Battani’s work had a major influence on scientists such as Tycho Brahe, Kepler, Galileo and Copernicus. In fact, Copernicus in his book De Revolutionibus Orbium Clestium expresses his indebtedness to Al-Battani since the latter was able to produce more accurate measurements of the motion of the Sun than Copernicus himself.
It is also worth noting that the trigonometric methods introduced back then even serve as the basis of how GPS systems work today.
(Extracted from mvslim.com) 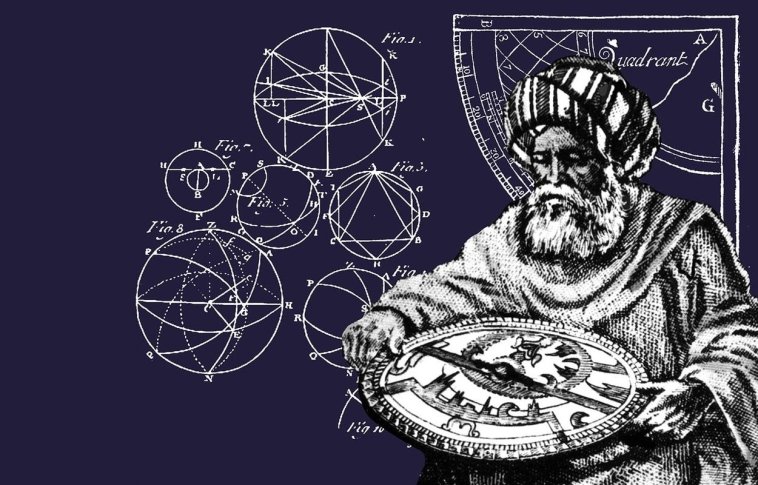