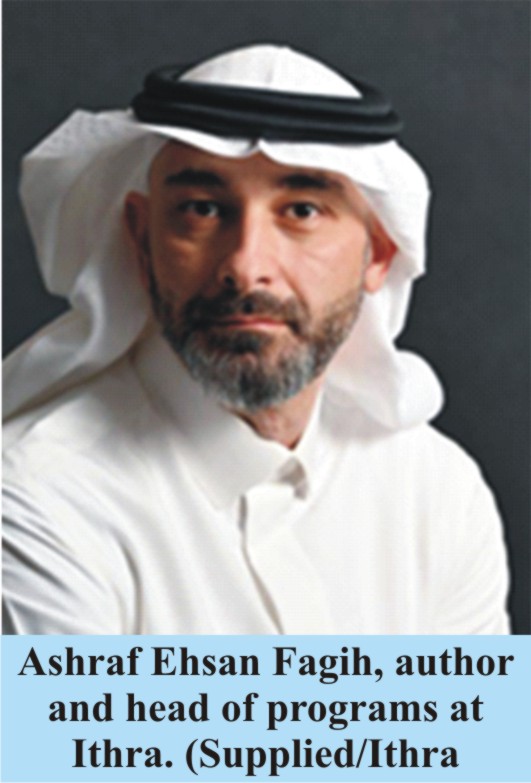 The defining moment in the history of Islam, the journey undertaken in 622 has been told through a comprehensive exhibition in Dhahran, Curators say the exhibition aims to make the Hijrah story accessible to an international audience.

Dhahran: The route from Makkah to Madinah passing through Saudi Arabia’s rocky Hijaz mountains is not a well-trodden one today. But 1,400 years ago, the Prophet Muhammad took it when he had to leave Makkah to escape persecution for his religious teachings. He and his followers set off overland for Madinah, some 450 kilometers to the north, on a journey that became known as the Hijrah.

To mark the anniversary of the defining moment in the history of Islam, the journey undertaken in 622 has been told through a comprehensive exhibition in Dhahran, in the Kingdom’s Eastern Province. The display aims to share the impact and relevance of the Hijrah through its themes of love, peace, freedom, tolerance, perseverance, courage, and companionship.

Ashraf Ehsan Fagih, head of programs at the King Abdulaziz Center for World Culture (Ithra) where the exhibition is currently taking place, told Arab News: “We are targeting a global audience, not Arabs or Muslims per se, with this exhibition. We are targeting everyone who wants to be enlightened by the universal messages of Hijrah.”

Ithra is one of the Kingdom’s foremost cultural institutions, built by Saudi Aramco and inaugurated by King Salman in December 2016.

The team at Ithra spent three years preparing the exhibition, titled “Hijrah: In the footsteps of the Prophet,” which will run for five years. Following its initial nine months at Ithra, the exhibition will move to Riyadh and Jeddah before heading overseas.

It was curated by Ithra’s in-house team of experts in collaboration with Dr. Abdullah Hussein Alkadi, who is considered the world’s leading authority on the Hijrah and one of the greatest living biographers of Prophet Muhammad.

The first-of-its-kind exhibition charts the sequence of events that led to the Prophet Muhammad’s decision to leave Makkah for the city of Yathrib, the pre-Islamic name of Madinah, and the struggles he faced along the way. 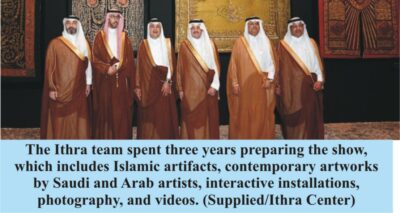 “The Hijrah journey marks the passage of time and the beginning of the Islamic calendar and for over 1 billion Muslims all over the world, Hijrah is considered the mother of all journeys,” Idries Trevathan, Ithra’s in-house curator of Islamic art and culture, told Arab News.

“It marks when the Prophet Muhammad and his followers went from being a persecuted minority to being a community in world civilization. It was the most important event of his life, and it changed the course of history.”

To curate the exhibition, the team extracted the story from old manuscripts written during the first century of Islam, before, as Fagih described, they “walked the walk.” The team spent around a month trekking from Makkah to Madinah, following in the footsteps of the Prophet Muhammad.

“We spent days climbing to the tops of various caves, experiencing muscle soreness, and also admiring the beauty of the landscape. We experienced the perseverance the Prophet Muhammad needed for the journey.”“When you walk the route, it is a spiritual experience. It is difficult, and most of the route is still inaccessible by car. You must walk it,” he said. “It was an enormous privilege to walk that route myself and to have a connection with the Prophet Muhammad through the landscape.

The exhibition was established in collaboration with the Prince of Wales’ Turquoise Mountain, a charity supporting arts and heritage in the Middle East, the National Museum of Saudi Arabia in Riyadh, the House of Islamic Arts in Jeddah, and the King Abdulaziz Complex for Endowment Libraries in Madinah, all of which contributed pieces to the display.

It includes Islamic artifacts, specially commissioned contemporary artworks by Saudi and Arab artists, as well as interactive installations, photography, and videos, which recreate the experience of the Prophet Muhammad’s arduous journey.

The theme of brotherhood is also emphasized throughout the show. Indeed, the Prophet Muhammad and his followers were accepted as muhajirun, or immigrants, by the feuding Al-Khazraj and Al-Aws tribes, who overcame their differences to serve a greater common cause. This is viewed as one of the miracles of Hijrah and a lesson about tolerance, which the organizers hope will resonate with global audiences.