Islamic Voice 0 August, 2019 12:00 am
What Sandra the Snake Taught Me!
A Home Away From Home!
Travelling Can Help Us Grow Spiritually

By Masood Ahmed
It all began when I had made a decision to immigrate to Australia. As we settled, in my urge to socialize I caught up with a sceptics’ group who organised a Sunday assembly to divert children of God from Sunday school into Atheism.
With Atheism there’re some outstanding issues regarding faith and religion. Atheists claim that the world was not created by God. They talk of it having come into being on its own, spontaneously. They say that modern science has liberated us from bias, so much that we can now understand the origins of planet Earth and life on it very precisely and that, therefore, we need not ‘create’ a God as ancient people did to explain what they regarded as the unexplainable. Many atheists claim that the God and laws attributed to Him in the scriptures are inhumane. A kind Lord would not sanction such ‘cruel’ laws, they say. We don’t need a God that makes us fight each other, they argue. Society is better off without this ‘vengeful God’ and His religion, they say. The whole concept of religious law belittles kindness, freedom and liberty, they insist. All of this ‘God-thing’ is a human creation, they contend. Smart people created these things to have control over people. Science is the future, they argue, the liberating force that will lead us toward light. Religion holds us back from progress and from being humane. So many atheists believe.
I was welcomed there with open arms. Peter and I exchanged views to understand the sceptic’s premise for disbelief. To my question about what manner of evidence he required for investing into faith he elegantly surprised me. “Anything that convinces my mind for belief”, he replied. I gripped my thumb in self-talk: Peter needed to read the Quran. Three years into dialogue, several meetings, a university lecture, books, countless phone calls, emails and messages: it was relentless and encouraging to both of us. The discussions grew more objective and academic.
One day, in renewed spirits and zeal we met. Peter sounded hopeless. With a note that he would be friends with me he said: “We have wasted a lot of time Masood and nothing concrete has come from you; we must end this melee on God.”
At this point I understood his main contention that goaded him to disbelieve in God. He said:
“Look at this cosmos, Masood, it is so large. It is enormous! There are multitudes of planetary bodies the likes of our planet. There is no God who created this uniquely. All this existence is without Him or She or It. We don’t know whether such an entity exists or has made anything at all. In fact, in universities world-wide, research on evolutionary sciences happens as a matter of fact-finding. No expert in the field has thus far detected the hand of God in all of this nature that we investigate, which scientists are well able to explain. We don’t need God, Masood. It’s made up! A man like you can’t be led by blind faith in a God that doesn’t exist. You’ve been brought up to believe. It’s hardwired in you. Not everyone can overcome this conditioning. But you can do it, Masood. Come, join us and find out how life is so good without drinking this disease. We don’t know if God truly exists, although we can surmise: He doesn’t talk, we have no clue where he resides. If this God wanted us to believe in him and he had made all of this, he would have surely told us something about how he made it.”
In his pause, by all my reading of the Quran for ages, I told him that God has taught us.
“Where is the evidence for it?” he exclaimed.
It was clear to me that a rich and full narrative must be written. God helped me write two books on these subjects of real concern, titled “ancient Astronomy Allah’s narrative” and “Creation of Earth and Origins of Life Allah’s Narrative”. I invite you to read these books with Allah’s blessings.
Available on Amazon for readers worldwide. Indian readers can avail the books by contacting (WhatsApp) +91 77601 63365, +91 96323 04270. Email- “[email protected]” 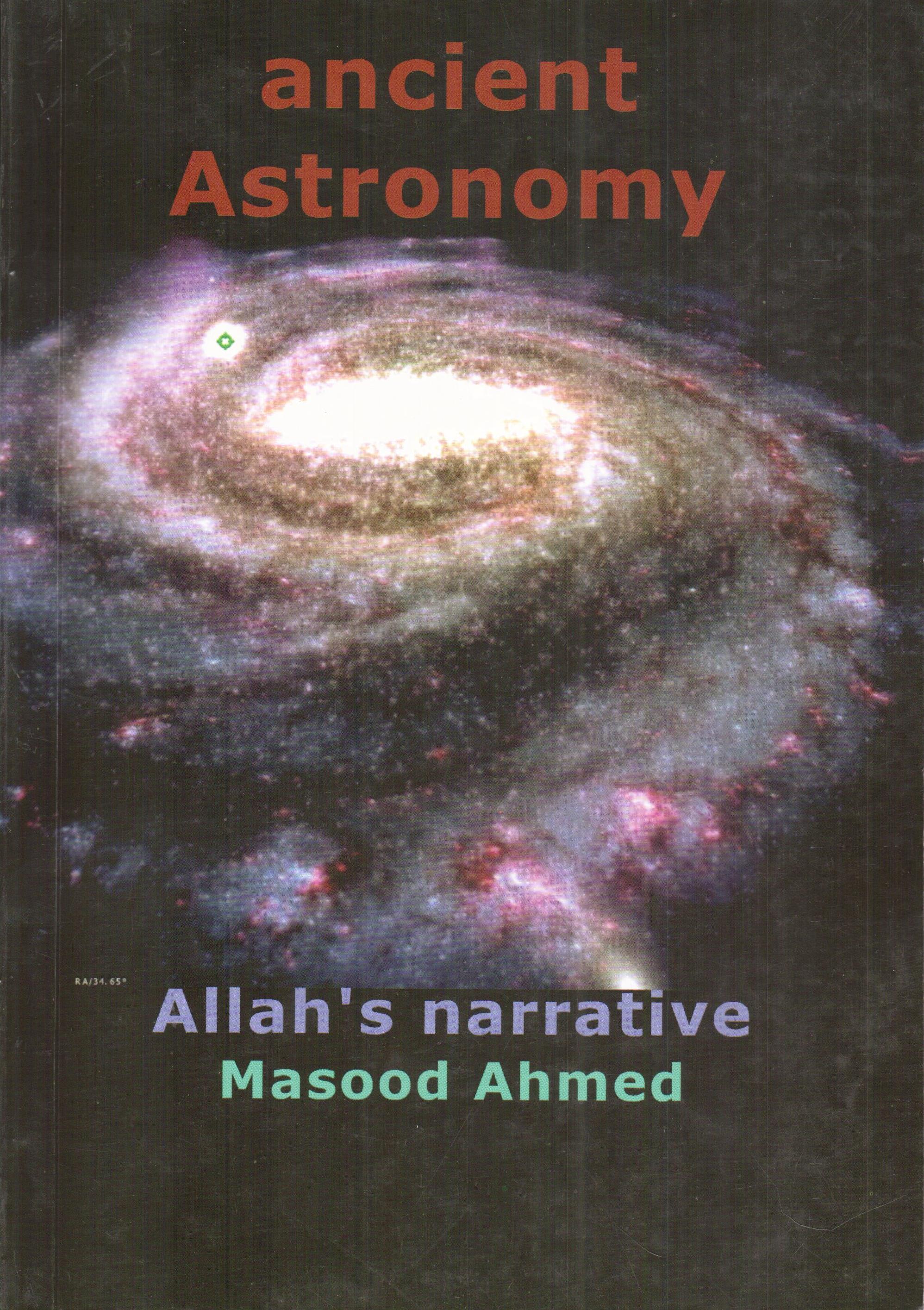