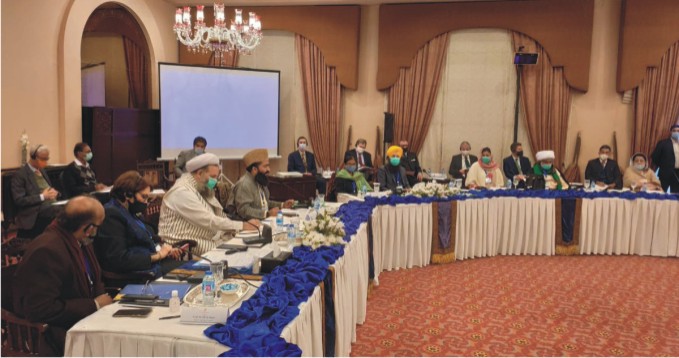 Islamabad: Minister for Religious Affairs Noorul Haq Qadri called for a peaceful and inclusive Pakistani society. He stated that religious minorities in Pakistan enjoy complete religious freedom in accordance with the Constitution.
The minister addressed a ceremony of Paighame-Pakistan Action Plan to Reconstruction of a Peaceful and an Inclusive Pakistani Society’, held at the Faisal Masjid campus of Islamic Research Institute (IRI). He stated that minorities in Pakistan have a historical connection to the land and are valuable citizens of this country.
The Paigham-e-Pakistan document was prepared following a long consultative process. He stated that it should be followed with letter and spirit. Minister said that Pakistan has an example of interfaith harmony and sectarian unity because the government took all religious scholars and stakeholders on board.
He stated that elements that hurt the feelings or religion of any class of people are enemies of Islam and Pakistan.
“A tolerant society based upon the principles of interfaith harmony can ensure social inclusion by offering equal growth opportunities regardless of one’s religion or faith, in accordance with Paigham-e-Pakistan. He said that there was no room for hatred in the name of Islam.