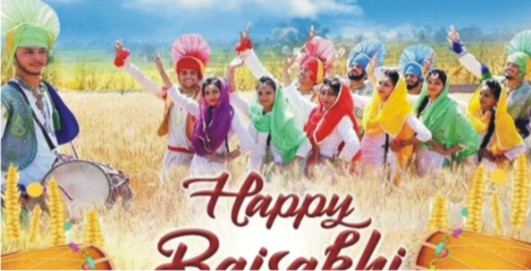 Align With The Hukum To Attain Inner Peace

Guru Granth Sahib, the eternal Guru of the Sikhs, attributes all happenings of life to ‘Hukam’, a word derived from Arabic, meaning ‘Divine Order’. So much is the importance given to it that this word appears on the very first page of the Adi Granth, with the entire Gurmat wisdom revolving around it. ‘Hukam rajai chalna, Nanak likhiye naal’ – O Nanak, thou shalt obey the Lord’s command and walk in the way of his will. Translated as ‘Pavittar Niyam’, hukam is referred to as ‘Rit’ in the Veds, ‘Dhamma’ in Buddhism, Dharma in Jainism, and features as ‘Al-Qadr’ in Islam, exemplifying Allah’s Predestination.

Hukam is just another law of the universe, as are the laws of gravity, light and sound. ‘Hukamey andar sabko, bahar hukam na koe’ – everyone is subject to this law and no one is beyond it. It is through this hukam that you experience bliss and grief. But the mind creates a fantasy world of its own and prefers to live in that dream. Actions that please the mind are accepted; it complains when things do not go its way. The mind rejects the cosmic reality represented by the hukam and wants the universe to behave according to its own way. A conflict thus arises between what is happening inside us and the world outside.

That is suffering from a mental health epidemic, there are two ways of living; one of conflict and the other of surrender. Our ego thrives on conflict but is annihilated in surrender. Ego lies in the ignorance of ‘I am the doer’, whereas surrender removes this delusion, giving the belief that ‘I am only a means or an instrument’. When you are just a fish in the river with a hukam to go with the flow, any attempt to change the course is sheer absurdity and a waste of strength. As Guru Nanak says: ‘Nanak hukamey je bujhe ta haumai kahe na koye’ – the one who has understood this command would not speak in ego.

The question now arises, do we accept our defeats and victories as God’s will and do nothing about them? Here Gurbani elucidates that if you have the ability, then it is your hukam to take action. But if this ability is not in your destiny, then it is prudent to accept your providence the way it is. It is your duty to work, but to desire for the fruits is against the hukam. Accepting the hukam doesn’t mean that you give up; it only means that rather than blaming the circumstances, over which you have little control, you change the way to look at life.

If joy and sorrow come from the same hand, why make a difference between the two. They will lose their impact the day you realize this. ‘Jinhey pashantha hukam, kadey na rovai’ – those who recognize the Lord’s command never weep.

The universe is not against us; it is we who are resisting it. Aligning with the hukam will only assist in harmonizing us with the Divine will and attaining inner peace.