Islamic Voice 3 December, 2017 12:00 am
Islam and its Message to the Modern World
Muslim, Jewish and Christian Musicians Play Beyond Barriers
J&K: Conference in Anantnag Calls for Adhering to the Legacy of Rishis and Sufis 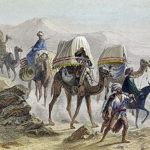