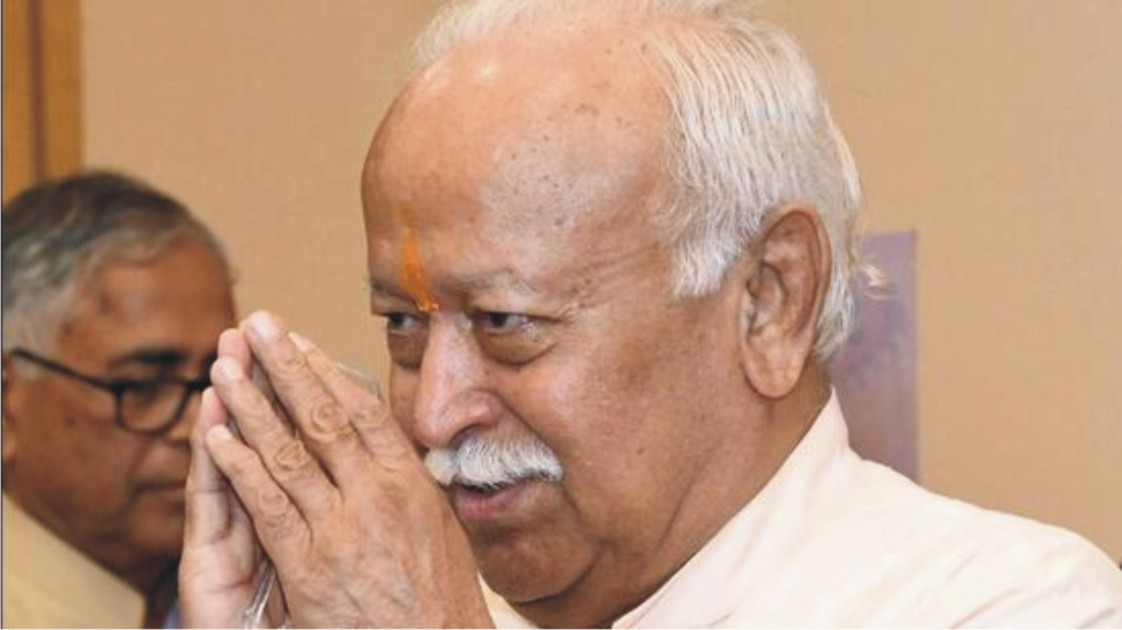 Ever since the news broke out that five members of the Muslim community met RSS chief Mr. Mohan Bhagwat on 22 Aug 2022,the media has gone to town with its various interpretations.

I would like to clarify that this was entirely an initiative of five of us, a motley group of friends, with a common concern about the insecurity of the Muslim community and belief in the process of dialogue.

After the news broke, we received innumerable messages of support from members of the Muslim community and even the non-Muslims. echoing our feeling that the process of dialogue is the only way forward.

We have also seen many critical comments. Like who ‘authorized’ us to represent the community.

Some expressed concern that our so far untarnished individual reputation would be in jeopardy by our “association” with the communal organization like the RSS. Some warned us of being “entrapped”. Yet no one questioned that dialogue is the only way forward.

We have been asked a host of questions which I will deal with through this piece, requested by the Indian Express, to set the record straight.

What prompted us to seek this meeting? Well, our pressing concerns about the way things are going. The insecurity is being increasingly felt by the Muslim community in the wake of recurring incidents of lynching of the innocents, calls by Hindutva hotheads for genocide, marginalization of the community in almost every field, etc.

What was the meeting like? First of all, we were surprised to see the simplicity of his modest office. His punctuality when he entered on the dot at 10 am. His patience. He listened to all of us with rapt attention for an hour without once interrupting any of us.

The only other person in attendance was Mr. Krishan Gopal, his close associate.

Of course, we could sense that he was speaking from a position of authority. But it was subtle. No overbearing demeanor. Nothing that would make us uncomfortable.

In his opening remarks, he emphasized three things:
One that Hindutva is an inclusive concept in which all communities have equal room. The country can progress only when all communities are united, he added.

In a very significant statement, he emphasized that the Indian Constitution was sacrosanct and the whole country has to abide by it. He sought to dispel the fear that RSS is seeking to abandon the constitution at the first opportunity. And that Muslims will be disenfranchised.

Then he said the Hindus are extremely sensitive about two things, the first of which was the cow. We responded that the Muslims fully understand this especially since cow slaughter has been banned in most of India. The law already punishes the violators, as it should. His inference seemed to be that even in states where there is no legal ban, Muslims should voluntarily shun beef. Easy enough if ensures security.

The other sensitivity he mentioned was Hindus being called “kafir”. We responded that though the original meaning of this Arabic word was non-believer, if it is considered offensive and derogatory, Muslims must avoid it completely. Very easy. Very doable. The Quran mentions that ‘Allah is rabbulalamin’, not rabbul Muslimeen – God of the universe, not of Muslims alone. Quran says ‘unto you your religion, unto me mine.

We also pointed out to him an equally offensive term used for every Muslim – jihadi and Pakistani.

He agreed that it must stop immediately.

We suggested the need for a continuing dialogue and whether he would name some of his associates with whom we could take the interaction forward. He named four persons. And volunteered to be available himself if required.

I used this opportunity to present to Shri Bhagwat my book The Population Myth: Islam, Family Planning and Politics in India with the prior consent of my colleagues.

While presenting the book I mentioned four things.

1. Muslim population growth is the highest but the rate is highly exaggerated. The difference between the Hindu and Muslim rates which were1.1thirty years ago has come down to 0.3 since Muslims are adopting family planning much faster than the Hindus.

2. Contrary to general perception, Muslims have the least incidence of polygamy as per the government of India’s own report and old Census figures.

3. Polygamy is just not possible in India because of the adverse gender ratio. There are only 940 women against 1000 men which means 60 men don’t even have one wife! (He had a hearty laugh at this, clearly indicating that he registered the point).

4. Muslims can never overtake the Hindus even in one thousand years as clear from a Mathematical model which Professors Dinesh Singh and Ajay Kumar prepared at my request

The moment media got wind of it, they all pounced on the news.

Criticism: We are “legitimizing” them! Well, they don’t need our legitimizing. They are already the largest and most powerful organization in the world. Who are we anyway? A bunch of retired people who have played our successful innings and are concerned about society and the country.

Are we elitist? Possibly. But nowhere near our accuser, who lives in a palace 10-15 times bigger than our relatively modest houses. We are not illiterate. We are equally aware of the ground realities. Lynching. Calls for genocide. Rape. Economic boycott. Voting right. Discrimination in getting a house or jobs.

Our dilemma: how much exposure to media. We didn’t want to go to them in the first place. Neither did we want to hide from them when approached. After all, we kept it from the media for a whole month, while freely talking to dozens of our friends. That should answer some cynics who said we are seeking publicity.

We firmly believe that dialogue is the only way forward. We have nothing to lose, but everything to gain. We want to take our feelings to the Honourable PM as well, at the earliest. We hope he will oblige us with an audience.

The writer S Y Quraishi, is the former Chief Election Commissioner of India and the author of 'An Undocumented Wonder - The Making of the Great Indian Election.