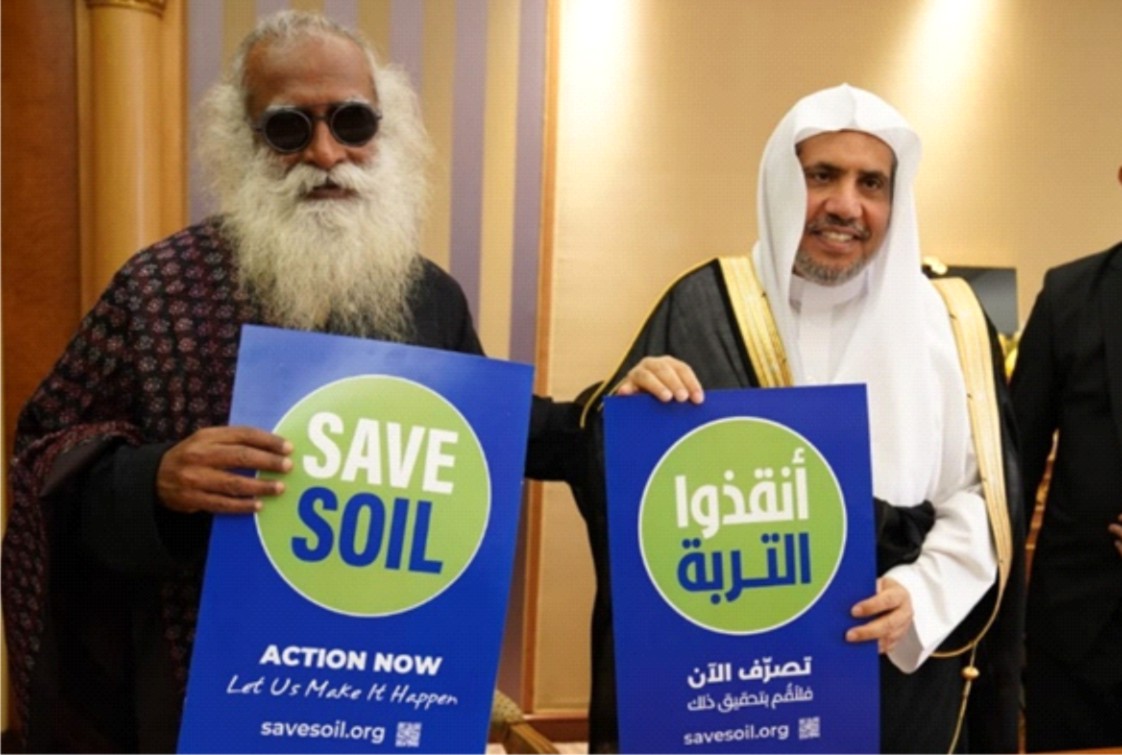 One of the most influential international NGOs, the World Muslim League, has pledged its support for the ‘Let’s Save the Soil’ movement.

30,000 km in 100 days to conserve soil fertility. Sadhguru, who is on a motorcycle trip, started his journey from London last March. He has been traveling in the Middle East for over 50 days now. He is involved in trying to build a global consensus on emergency policy measures to conserve the soil.

In Riyadh, the capital of Saudi Arabia, when the General Secretary of the World Muslim League, His Excellency Dr. Mohammad bin Abdulkarim Al-Issa, met with Isha Founder Sadhguru, he said, “We already love you very much. We loved you before we saw you, and we love you, even more when we see you.”

“We ask the Muslim world to support the soil. Do not support me; talk about the soil, support the soil,” Sadhguru appealed to the general secretary. “We have identified differences with each other in many ways such as race, religion, caste, and creed. It has become very important to find some common factors or basis common to all of us. Soil is such a thing,” he said.

“As far as the World Muslim League is concerned, we are fully prepared to assist you in any way we can to support your objectives,” Dr. Al-Isa replied.

Before embracing Secretary-General Satguru and standing for the photo with the banner ‘Let’s Save the Soil’, he declared, “Let’s make it walk on the ground with practical impact and serious effort with real impact.”

Satguru also invited Dr. Al-Isa to come and meet him. “Now that you have expressed your love, you must come to my house,” he said.

Later, Satguru released two tweets about his successful meeting with the Muslim World League: “#MuslimWorldLeague is very happy to support #SaveSoil. Let the region be a shining example of sustainable environmental solutions and its commitment to its people’s long-term protection and well-being. #SaveSoil.”

It is wonderful to have the passionate support of the #MuslimWorldLeague. Every aspect of human well-being is enriched by fertile soil, and it is time to focus on rejuvenating the soil and uniting as one human race. #SaveSoil. We will do this.

“On the 52nd day of his visit, the Indian Embassy in Riyadh, Saudi Arabia, hosted a ‘Save the Soil’ event, which was attended by N. Ram Prasad, Minister in charge. The Environment Minister of Saudi Arabia also expressed support for the Soil Conservation Movement.”

Satguru also traveled to the Middle East, Bahrain, the United Arab Emirates, and Oman during his travels.