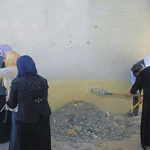 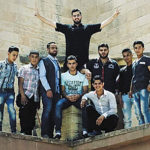 A number of Muslims in war-torn Mosul in Iraq have joined hands with their Christian brothers to rebuild a Christian church destroyed by the Daesh terrorist group.
Some Muslim residents from al-Arabi district in Mosul recently went to the recaptured Mar Georges monastery and began cleaning up piles and rubbles left by the Daesh terrorists. The monastery, which houses the Chaldean church, was attacked numerous times by Daesh militants during their two-year reign of terror in the city. The attacks left the church in ruins, leaving Christians left in the town with no place to hold worship services. A group of Muslims recently took it upon themselves to begin clearing operations in the church after a false rumor went around town that some local Muslim residents were abusing a Christian family that decided to stay in the city. To prove their innocence, the Muslims went ahead to the monastery ruins and began their rebuilding efforts.
(Extracted from christianpost.com)