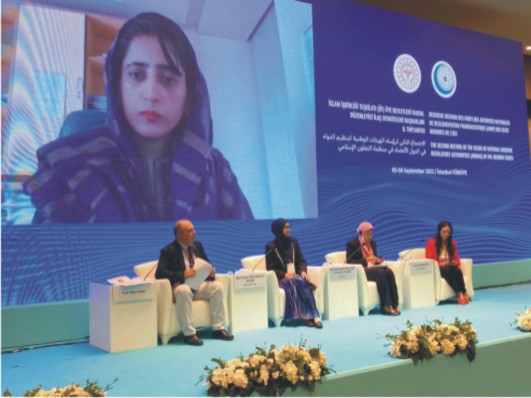 The NMRAs Meeting for access to safe, effective and quality medicine and vaccines in OIC Member States was inaugurated by the Turkish Deputy Minister of Health, Dr. Tolga Tolunay and in the presence of Ambassador Askar Mussinov, OIC Assistant Secretary General for Science and Technology and the heads of NMRAs.

In the opening session, Amb. Mussinov conveyed the greetings of the OIC Secretary-General Hissein Brahim Taha. He also expressed his thanks to the Republic of Türkiye, as well as, the Republic of Indonesia for hosting the Meetings of NMRAs.

Ambassador Mussinov stated that this meeting comes at a time when the world is recovering from COVID-19 pandemic and this platform has proved to be a useful tool in rallying the NMRAs of Member States to exchange ideas and experiences.

Amb. Mussinov recalled the efforts that started by the establishment of the OIC Vaccine Manufacturers’ Group calling for support to the process to overcome the challenges faced by some African Member States during the epidemic period.

On the sideline of the Meeting, Amb Askar met Dr. Tolunay where they both discussed the mutual relation between the OIC and Republic of Türkiye on medicine issues and other related topics.