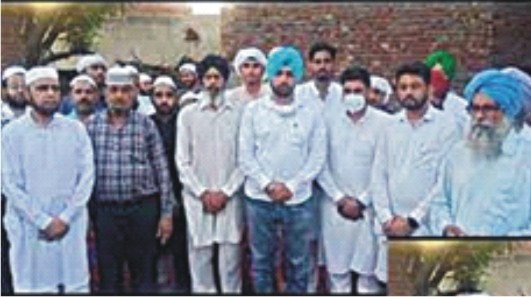 They are setting an example of communal harmony in Malerkotla, Punjab; a Sikh family from Jitwal Kalan village in the newly created district’s Ahmedgarh subdivision has donated its ancestral land to build a mosque. Around a dozen Muslim families residing in the village, situated about 15 kilometres from the district headquarters, had to go to neighbouring villages to offer prayers during Eid and other occasions.

Jagmail Singh, 40, whose family owns a large tract of land, recently announced to donate 6 biswa (around 8,000 square feet) in the centre of the village to construct a mosque. “There are around 12 Muslim families in the village. They have to go to other villages to offer prayers. I knew they could not buy land, as they mostly work as labourers and are poor,” said Jagmail Singh.