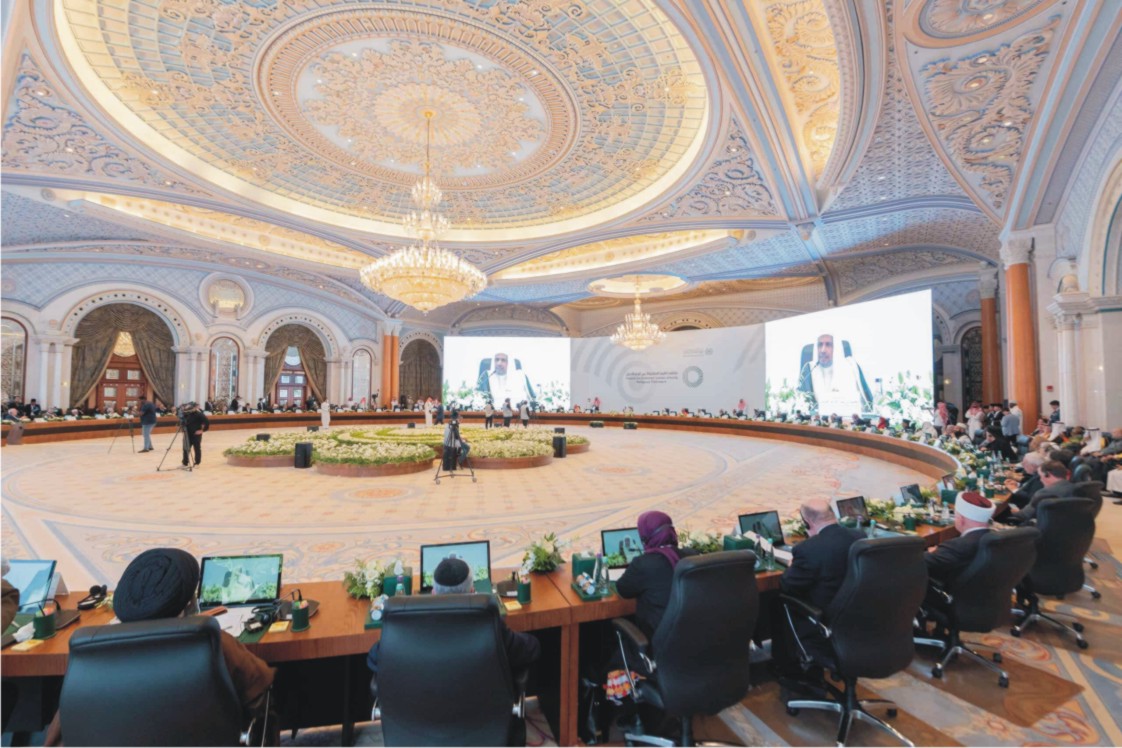 Religions Meet in Riyadh as Faith Groups Step Up on Climate

Faith-based groups are becoming more visible in their concern over the climate. Muslim World League conference in Saudi Arabia, held in May 2022, provides the latest example of how leaders from various traditions are working together to call for action.

The Muslim World League, the most prominent Islamic NGO, hosted the event in Riyadh. More than 100 faith leaders attended, including the Grand Mufti of Egypt, the chairman of the Hindu Dharam Acharya Sabha in India, the head of the World E“As the world’s largest Islamic NGO, headquartered in the birthplace of Islam in Saudi Arabia, we have a special responsibility to do this work,” said Dr. Mohammad bin Abdulkarim Al-Issa, the secretary-general of the Muslim World League. It counts 1,200 Islamic scholars from 139 countries among its membership

“Whether it is to tackle climate change, support refugees and vulnerable communities around the world, or simply spread messages of peace and co-existence,” he said, “the kind of interfaith trust and cooperation. This event is fostering is desperately needed to support those real-world goals.”

The primary goal of the conference was to communicate the shared values among faith traditions, whether it was the 300 million Orthodox Christians represented by His Holiness Bartholomew I or more than 500 million Buddhists represented by Banagala Upatissa Thero of Sri Lanka.

“Many people would be shocked to think of Islam and Buddhism being comparable in any way, yet if you look closely at their teachings and efforts towards peace, they are more similar than one may suspect,” said Thero during his address.

The Riyadh meeting followed a joint appeal on climate-responsible financing, issued by the World Council of Churches (WCC), Muslim Council of Elders, and New York Board of Rabbis in partnership with the United Nations Environment Program.

“Let us come together and influence how money is invested in response to the existential threat of climate change,” said Rev. Dr. Ioan Sauca, acting head of the WCC. “Family money, church money, a company’s money, a nation’s money. We need everyone to take this step for a sustainable future for our children.”

The appeal commits these faith groups to review their relationships with banking and other financial institutions and insists that financial service providers require oil and gas companies to stop all new development or expansion projects.

It also invites its millions of members to do the same “so that together we may move beyond words to effective action, and be the change for which we call,” in keeping with the Paris Agreement goal of limiting global warming to 1.5°C.

“The scientific and moral imperative is clear: there must be no new investment in fossil fuel expansion, including production, infrastructure, and exploration,” Guterres said. “This year, all private financiers need to stop funding the entire coal sector, from mining to power generation, and actively shift finance to renewables.

“People, communities, and faith organizations have the influence needed to effect this transition.”

Here are the recommendations that emerged from the conference:
• Relevant national institutions and United Nations organs must do more to confront all forms of discrimination and exclusion against religious, cultural, and ethnic minorities; And work to create strong and effective legislation in doing so.
• Various platforms of influence; especially the media and social media platforms must remain mindful of the moral responsibility entrusted upon them.
• We appeal to all countries and the international community to do all they can to provide adequate protection for places of worship, to ensure free access to them, to preserve their spiritual role, and to distance them from intellectual and political conflicts and sectarian strife.