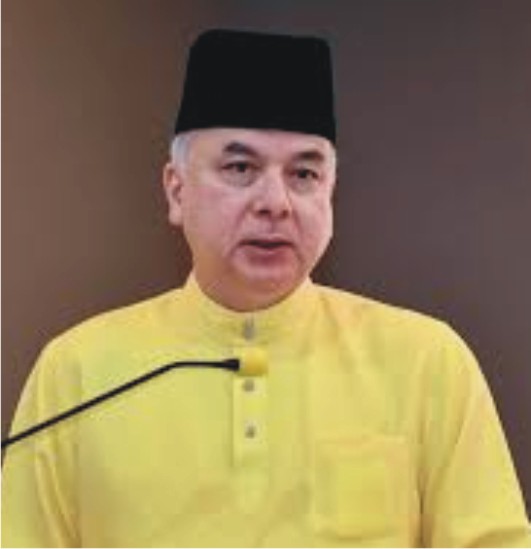 The Sikh community arehighly-valued citizens of Malaysia and play a vitally important role in Malaysia’s rich multicultural society. The Sultan of Perak (Malaysia), Nazrin Muizzuddin Shah, recently said although the Sikhs made up only 2.5 percent of the population, they had always stood out and made their presence known. Speaking at the launch of the book entitled Sikhs in Malaysia: A Comprehensive History written by Ranjit Singh Malhi, Sultan Nazrin said the Sikhs could be found at the top in all professions. He added that they also excel in business, industry, sports, culture, and the arts. He said the book highlighted the Sikh community’s contributions to the country, from its establishment as a British colony until today, including in the field of security.

“As the book reminds us, this was in large part of what made them so suitable for this profession in the early days of British Malaya.

“A few turbaned and moustached Sikhs were apparently all it took to strike fear into the hearts of those considering doing wrong.

“A well-deserved reputation for courage, loyalty and discipline also played an important role, of course.”

Sultan Nazrin said it was these characteristics which led to the Sikhs’ dominance of the early police and paramilitary forces established in Perak, adding that many Sikhs had come to Malaya from the Punjab specifically for this purpose. The very first Perak Armed Police set up in 1874, he said, was even renamed the 1st Battalion Perak Sikhs in the 1880s.

“These early Guards helped to make safe the treacherous mountain passes between the tin mining areas and the coastal settlements, which were previously plagued by highway bandits.

“The Sikhs’ prowess in the security forces became so well established that, as the book informs us, even non-Sikh Indians were reportedly encouraged to don a turban in order to qualify,” he said.

The Sikhs continued to play a special role in Perak, said Sultan Nazrin, and were mounted as the Royal Bodyguard for his great great grandfather, Sultan Idris Murshidal Azzam Shah. He said the establishment of the bodyguards reflected the remarkable level of trust that the Sikhs inspired, due to their unfaltering devotion to duty, and remembered as an important part of the Perak Sultanate’s history. He also said Perak today hosted the largest Sikh community in Malaysia outside of Kuala Lumpur and Selangor.

“Here, as elsewhere, they have long moved beyond the security sector in which they originally excelled, bringing their talents and skills to many other fields.

“And the very same qualities that served them so well in the colonial police and military forces, especially their dedication, discipline, and sense of duty, have propelled them to success across the board.”

Sultan Nazrin said despite their small numbers overall, there were notable Sikhs in all areas of public and private life in Malaysia. Among others, he named former Chief Justice of Malaya Tan Sri Swaran Singh Gill, Malaysia’s first female paediatrician Dr. Harban Kaur Virik, footballer Datuk Santok Singh, and singer DJ Dave. Another person was Police Commissioner Datuk Seri Amar Singh. He was the Director of Commercial Crime Investigation, the highest rank attained by a Sikh in the police force, before his retirement in December 2018.

Sultan Nazrin highlighted five characteristics of the Sikh community which contributed to their success, which were adaptability; patriotism; commitment to education; hard work and thriftiness; and respect for tradition. These main ingredients, he said, had together empowered the Sikhs to conquer the “highest heights in modern Malaysia”. “This book helps to highlight the immense contributions made by the Sikh community to the development of Malaysia, while providing us with fascinating and illuminating details of various aspects of their history here”, he said.