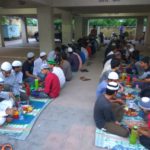 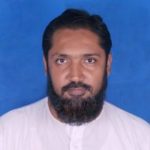 Competition brings out the best in individuals and leads to excellence. If pursued with passion, no peaks can remain without being surmounted.  All communities and individuals are gifted with genius in equal measure. It is merely management of talent and creation of opportunities that can take the underprivileged forward.
It was in 2008 that Rahmani Foundation, Patna conceived the Rahmani Programme of Excellence under the patronage of Maulana Mohammed Wali Rahmani, the chief of Imarat e Sharia, Patna. It was aimed at sharpening the competitive edge among the youth, particularly from the Muslim community who shy away from competing for admission into centres of professional excellence such as Indian Institutes of Technology (IITs), National Institute of Technology (NITs), All India Institute of Medical Sciences etc. The programme that took a start at Patna in Bihar, has gradually spread its wing across other states through a series of tie-ups with leading Muslim educational institutions. It is now being run at Mumbai in collaboration with Anjuman Islam, Mumbai, in Hyderabad in league with M. S. Academy and at Aurangabad.
At the conclusion of the first year of coaching, 10 students cracked the JEE-IIT. Since then the number has been rising. In the recently announced JEE results, as many as 75 of its students qualified for the IITs. Students from 291 schools in 22 states appeared for coaching under Rahmani-30.
The programme CEO Mr. Fahad Rahmani, auditor in technology firms, spoke to Maqbool Ahmed Siraj for Islamic Voice on the conduct of programme over the last nine years. Excerpts:
Q: How was the performance of Rahmani-30 this year? How many appeared and how many could make it to the final IIT?

A: The performance this year was better than any of the previous years at several levels:
A total of 75 students could qualify for the IIT-Advanced* from our coaching centres. The best rankings attained were 60th among the OBC quota and 506th among the general merit seats. Of the 144 who underwent the coaching for the IIT Mains, 120 came out successful. Of the two candidates who got into the Bengaluru based Indian Statistical Institute (ISI) from the state of Bihar, one was student from our centre. Our score for the Joint Entrance Examination (JEE) for West Bengal was, by Allah’s grace, cent per cent. All 45 candidates got through it.  Moreover, three of our candidates grabbed the first, third and 8th ranks for the OBC category. As for the Indian Maritime courses in various maritime universities across India, which train personnel for the Merchant Navy, we secured similar success with all the 15 candidates getting through. Two of these students were placed 27th and 35th among the successful.
Q: How has been the success rate over the last few years the Rahmani-30 has been existence?

A: In 2009 when we began, 10 students got qualified for the IIT. The number rose to 14 by 2014. But since then the graph has been going up. It was 32 in 2015, followed by 50 in 2016 and this year it is 75. What we could gather over the years is that few among the Muslims had the awareness about these centres of excellence. Several parents would approach us for ‘admission of their kids into ITI’.
Q: What kind of physical and academic infrastructure you have in Bihar which enables you to conduct the coaching? Do you enroll students for PUC (or Plus Two as it is called in a few states) or you merely coach them for IIT-JEE?

A: We do not have appropriate infrastructure for the kind of work we are doing. We operate out of rented flats, i.e., we are disadvantaged in terms of harnessing any benefits rendered by the strategic design for outcomes in education, therefore, we use common hall in a flat as classroom and so on and so forth. The point is, even with this drawback, we are putting in efforts which is, by grace of Allah, yielding results.

Q: Are girls also included among the 30 that you select for coaching?

A: Our patron Maulana Mohammed Wali Rahmani saheb, has instructed us to ensure that programmes should be taken up for the girls first and the ones for boys should follow. That is the reason, programme for entrance into “NEET” for admission into medical colleges was started first for the girls and then for the boys. Similarly, in commerce stream, CA and SC programmes were meant initially for girls and then the boys’ programme was started. However, we take care to segregate coaching for girls and boys, though some teachers could be common.

Q: How do you advise the Muslims who run schools and colleges in other states in matters of preparing boys and girls for institutes of excellence, be it the IITs, NITs, or AIIMSs etc?

A: We believe in children being Allah ki Amanat (Divinely entrusted assets).  We should respect students, partner with them and as is our wont with other businesses or activity, we should be focused on the outcome..

A: When it comes to spending in the way of God, we should think beyond zakat and should think whether 2.5% is all that we need to spend or it was meant to be a starting point. While giving charity or spending in the way of Allah, we should not give out of a sense of pity, but should think of investment. Let us remember that help sourced in pity fuels survival and help inspired by a spirit of investment and partnership bring about welcome changes.
—————————–
*All those qualifying for the IIT-advanced do not necessarily enroll themselves in the IITs.  Students go by their preference for Institutes and disciplines. Some reappear in subsequent years for bettering their ranks in order to ease their selection for the choicest centres and disciplines.