Born to an IPS father and a teacher mother, writer Rana Safvi has a great affinity for books from childhood. A mother of two grown-up kids, a food connoisseur, a blogger and a prolific writer of books like ‘Where Stones Speak’, ‘The Forgotten cities of Delhi’ and ‘Tales from Quran and Hadith,’ she might have started a little late, but her journey has been spectacular.

Saleha: Tell us about your childhood? And your aspirations as a child?
Rana Safvi: As a child, I do not think I aspired to become anything. Those days were gentle. When we were growing up, we just played, had fun, went to school and did the usual things. I did not have much ambition at that time.
Later on, I wanted to join the Civil Services and cleared the preliminary exams. At that time I got married and was happy taking care of the house and the children, and did not pursue it further. After sometime I did start my career as a teacher.
Saleha: Do you believe writing is an innate art or it can be learned in due course of time? When precisely did you explore the writer in you?
Rana Safvi: I am sure writing can be an innate art because I did not learn it. I have been good at writing since my childhood days. I was fond of both reading and writing.
My journey as a writer started organically. When I started writing on my blog, people liked it and insisted that I write more often for different magazines. It was later in 2011 that I began writing for magazines and books.
Saleha: What intrigued you about the monuments? As your book’s title reads “Where Stones Speak: Historical Trails in Mehrauli, the First City of Delhi”; how did you listen to the voices of the stones?
Rana Safvi: I have always been fascinated by the rubbles and monuments. History was my subject in college, and I used to visit monuments as a child as well. But when I came to Delhi and visited the monuments, I realized that their story had not been told correctly. It grabbed my attention, and I started writing about it.
Saleha: Not only that it has not been told properly, but also we have witnessed incidents where an attempt to distort the history has been made. How do you feel about it?
Rana Safvi: That is happening now; it did not happen earlier. It is crucial that we take out the fact-based research and put it in straightforward stories so that everyone can read it.
Saleha: Do you also believe that the existing and upcoming generations will draw inspirations from their past, and therefore it is imperative for them to be aware of their history?
Rana Safvi: Of course, we learn from history. If we know our mistakes from the pasts, we can avoid it in the future.
Saleha: We know that you are quite a Twitterati, you have created #Shair which has caught a lot of attention. How did this idea strike you and what is it all about?
Rana Safvi: I just thought that so many people are tweeting on Urdu verses so why not do it systematically and form a community. So we created the Shair community, and we call it Shair Parivar. We have a schedule every day when everyone tweets. Like today is the birthday of NoshiGilani, someday it is some topics like Ishq and we all tweet about it.
Now it has at least 2500 people, we meet once in 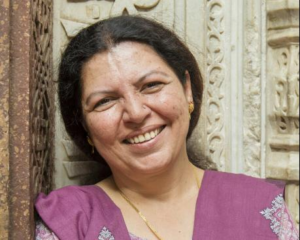 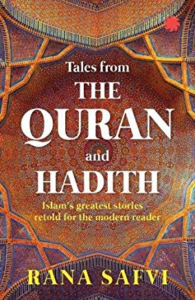 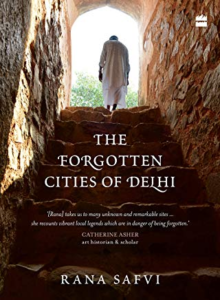 a while, and there are around a hundred tweets every day. We have come closer to each other and a lot of friendships has blossomed.
Saleha: Since you express your ideas frequently on these social platforms, have you ever faced trolling?
Rana Safvi: Oh yes, lots and lots of it. I used to get upset initially, but now I have realized that it is their job, they are paid for it. So, I ignore and block them.
Saleha: Through your work, we have found that you firmly believe in Ganga Jamuni Tahzeeb. Has Aligarh Muslim University played a vital role in this faith of yours?
Rana Safvi: Undoubtedly, the first chancellor of Aligarh Muslim University, “Sultan Jahan Begum” was a woman, the first student who graduated was Mr. Ishwari Prasad, the first principal was a British. The university has broken stereotypes. Though the name has the word “Muslim” in it, it has always had students from every region and every religion.
Saleha: What are you planning to write next?
Rana Safvi: I am already working on the third part of the book Where Stones Speak.
Saleha: I am sure you are truly inspirational to many women who read your work and listen to you. What is your message to them?
Rana Safvi: My message to women is to live their life the way they want. It is never too late. Many women feel that now that they have given up their dream for their children and once they grow up, they will have nothing to do. That is not true. I started at the age of 55; they can start whenever they want, whenever they are comfortable. Age is not the barrier, you can always start afresh.
(Extracted from twocircles.net)