Islamic Voice 0 February, 2013 12:00 am
Young Muslims in Germany: “Berlin Needs You!”
French to mark March 19 as Remembrance Day
British Muslims have more sense of belonging than the whites 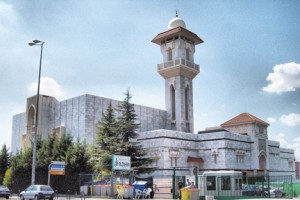 Barcelona: Spain has 1,200 officially registered mosques. The Catalonia region has the maximum number among all regions. According to the Observatory of Religious Pluralism in Spain, under the Ministry of Justice, the Principality has 242 mosques in comparison with other communities like Andalucia (180) or Madrid (106).
Of the 242 Muslim places of worship in Catalonia, 146 are in the province of Barcelona, 40 in the province of Girona, 28 in Lleida and 28 in Tarragona. Barcelona is the city with many Mosques (24), but other smaller municipalities of the province also have more than one.