Perspectives from the Qur’an and the Sunnah
Muslims can maintain the pristine purity of the environment if they make it their spiritual duty to actively protect the environment from all types of manmade ecological destruction.
By Prof. Henry Francis B. Espiritu 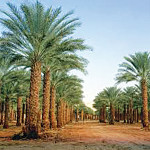 One of the ninety-nine Names of Allah is “Al-Quddus”. This particular attribute of Almighty Allah has the following meanings: the Holy One, the Pure One, and the Immaculate One. This Divine Name of Allah as “Al-Quddus” is manifested in ecology by the environment’s capacity to purify itself naturally. For instance, the bodies of animals that die upon the earth and the putrefying remains of vegetation are subjected to chemical transformation; and in time, they are naturally deposited into the depths of the earth thereby preserving the purity of the earth’s surface. Likewise, rains regularly drench the earth, the sun lights upon the earth, and the wind continually sweeps all impurities on the earth’s surface. In like manner, a true Muslim must endeavour to take lessons and benefit from Allah’s Divine Name of “Al-Quddus” by seeing to it that his life and his environment are both pure and clean.
Muslims can only maintain the pristine purity of the environment if they make it their spiritual duty to actively protect the environment from all types of manmade ecological destruction.