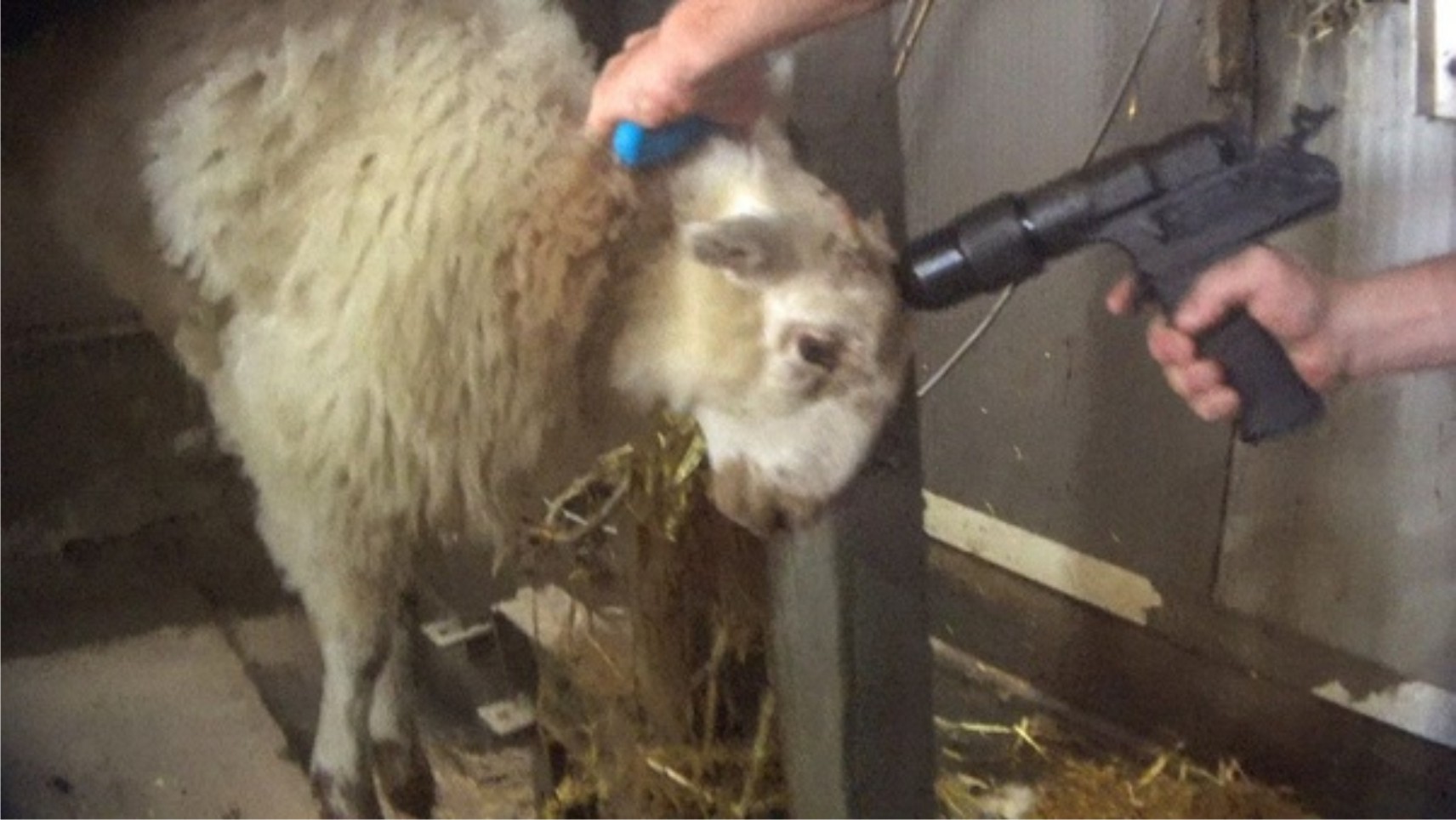 Stunning Animals Before Slaughter
It is a fact that the mainstream of conventional meat slaughterhouses in North America uses some form of stunning to subdue and immobilize the animal before the slaughter. Different stunning types are used for different species, including turkeys, chickens, lamb, and cattle. In addition, most Halal slaughterhouses in North America also use some form of stunning before slaughter. Therefore, the Islamic ruling of stunning is an issue of paramount importance which has tremendous implications for Muslim consumers and businesses alike.

We have to differentiate between the act of stunning and the animal’s legal status, which has been slaughtered after stunning. These are two different issues that are independent of one another and should not be gathered together under one banner.

There are many stunning types, including the pneumatic stunner, which delivers a blow to the animal’s head, the captive bolt pistol, which shatters the animal’s brain, electric water, which gives an electric shock to the poultry electric brain stunner for sheep. Some methods are reversible, and others are irreversible. When irreversible methods of stunning are applied, the animal will die if it is not slaughtered within a few minutes. Other methods are reversible in theory, and the animal can get up and walk around if not slaughtered in a few minutes. The common factor in all these stunning methods is causing extra pain to the animal above and beyond the pain experienced during the slaughter itself. For this reason, many scholars have declared that the act of stunning is extremely disliked and close to being impermissible. Stunning is a grave matter. Some scholars have used powerful language when describing the stunning practice such as ‘against the spirit of Islam’ and an ‘evil innovation.’ Therefore, a Muslim should avoid using this practice as much as possible when slaughtering an animal.

” The jurists have mentioned many signs that can be taken as proof of an animal being alive at the time of slaughter, for example if the animal bleeds at the time of slaughter like a living animal, or closes its mouth or eyes, or pulls together its legs, or shows any kind of movement, etc. Therefore, if the fact that the animal was alive can be established in any way, it will be permissible to slaughter it, and its meat will be considered Halal. The observation of movement in the animal, or establishing the fact that a pulse exists is sufficient to prove an animal alive.”

After learning of the evil of stunning, a Muslim should do his best to consume meat that was not stunned and support businesses that supply non-stunned Halal meat. There are numerous advantages to non-stunned meat, including complete drainage of blood, better consistency of the meat, and no concern of the animal dying due to the stunning. In practical terms, the percentage of non-stunned Halal meat is extremely low, and the majority of Halal meat is stunned. Approximately 90% or more of chickens are stunned through the reversible method of the electric water trough. Most beef slaughterhouses use a pneumatic stunner or a captive bolt pistol to subdue the animal before slaughter. Likewise, the vast majority of lamb and goat slaughterhouses apply an electric rod to the animal’s head before slaughter.

In the current situation, the supply of non-stunned Halal meat is insufficient to meet the supply needs of the North America Muslim community. The majority of Halal lamb and goat in America and a good percentage of the Halal beef is imported from New Zealand and Australia. HFSAA (Halal Food Standards Alliance of America) sent a delegation to research the Halal status of this meat and found that almost all of this meat is stunned due to the governmental regulations in these countries. That presents challenges for the Muslim consumer who makes a conscious decision to consume only non-stunned Halal meat. That is further complicated by the fact that authentic, hand slaughtered meat itself is not readily available. The majority of the ‘Halal’ meat in America is processed using doubtful slaughter methods. A good percentage of Muslims are not consuming authentic Halal products, are not concerned about Halal, or cannot find authentic Halal products in their cities. This point is verified by extensive research at the ground level on the Halal supply chain in numerous cities all over America. If the Halal authorities were to completely reject stunned Halal meat and only accept non-stunned meat, then it would be tough to find authentic Halal meat in America.

Based on the Halal needs of the Muslim community, many renowned international Halal organizations and authorities have accepted animals that are stunned with strict requirements and measures in place to ensure that the animal is alive when slaughtered. Halal inspectors and supervisors closely monitor the level of voltage and the application of the stunning mechanism. The slaughterers are trained to look for signs of life and reject animals that do not bleed properly or display signs of life. They are authorized to remove such animals from the line and ensure that they are not included in the Halal production.

It is recommended that stunning should be avoided as much as possible and Muslims in the long term should move towards removing stunning completely from Halal slaughterhouses. The Jews have historically taken a strong stance against stunning and do not allow it under any circumstance. Likewise, many Muslim leaders are entirely opposed to stunning and do not allow it. We must do our best to educate the Muslim public with regards to the harms of stunning and plan to introduce a system to label products which are stunned and products which are not stunned.

At the same time, there is a scarcity of authentic Halal products and we understand that stunning is needed in the short term to meet the needs of the Muslim community. Therefore, after careful consideration, HFSAA has decided to approve reversible methods of stunning in the short term for poultry and sheep under strict supervision to ensure that the animal does not die. However, HFSAA will not allow lethal and irreversible stunning methods for cattle which will cause the death of the animal in a few minutes and will initiate a cardiac arrest. There is a viable alternative in the form of the ‘kill box,’ which restrains the animal for slaughter and eliminates the need to stun. HFSAA has adopted a balanced approach in the short term regarding stunning and has consciously chosen the ‘lesser of the two evils’ to provide more options for Muslims to consume authentic Halal products. The long-term goal is to move closer to the Sunnah method of slaughter and stop causing extra pain to the animal through stunning. (Ref: https://www.hfsaa.org/stunning-animals-prior-to-slaughter/)