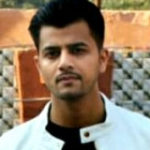 New Delhi: Of the total 990 successful candidates in the final list of the Union Public Service Commission (UPSC) examinations, 41 Muslims have made it to this year’s result with Saad Miya Khan who was earlier coached at Jamia Millia Islamia Residential Coaching Academy bagging the 25th rank. The number of Muslim candidates is lesser than last year, but comparatively better if results of the last few years are taken into account.
In 2017, 51 Muslims had cleared the exams, in 2016, 36, while the number stood at 38 in 2015, 34 in 2014 and 30 in 2013. The selected UPSC candidates are recommended for various government posts which include Indian Foreign Service (IFS), Indian Administrative Service (IAS), Indian Police Service (IPS) and several other services.
Although Muslims comprise 13.4% of the total population, they are dismally represented in the top government services, often due to lack of education and unavailability of resources. They account for about 2% in the civil services.
The Union Public Service Commission (UPSC) declared the final result of the 2017 civil services examinations last fortnight.Hyderabad’s Durishetty Anudeep has topped the exam. Others in the top five are Anu Kumari, Sachin Gupta, Atul Prakash and Pratham Kaushik.
Out of 990 selected candidates, 476 belong to general category, 275 to OBC while 165 and 74 to SC and ST category respectively.
(twocircles.net)