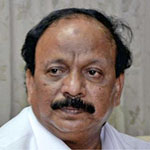 Bengaluru: Karnataka Minister for Urban Development and Hajj Affairs Mr. R. Roshan Baig has been elected the Chairman of the Karnataka State Haj Committee. The election was unanimous. While assuming the charge, Mr. Baig said he would strive to increase the quota of Hajj pilgrims from Karnataka and implement the schemes regarding the Hajj Bhavan commissioned in Bangalore six months ago.
The Karnataka Haj Committee has received application from 24,483 persons in the State for performing the pilgrimage in 2017. The drawing of lot for the 6,000 and odd pilgrims is likely to be held in March this year.