My advice to Hanafi Muslims is to take the Supreme Court’s verdict as a reminder and review their practice. 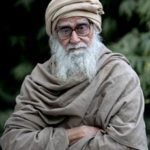 As an Islamic scholar, I would say that the Supreme Court’s judgment delivered on August 22, striking down instant triple talaq as being unconstitutional “ is totally right. Triple talaq is not a principle of Islam, but is rather a ruling of certain Muslim jurists, adopted in the later period of Islam. In this matter, Muslim jurists need to correct themselves instead of wrongly justifying triple talaq.
In Islam, talaq is seen as an undesirable practice. But in rare cases, a couple may feel that their marriage is not working, and in this situation, divorce is allowed. However, there is a prescribed method laid down by the Quran (2:229). That is, a divorce is finalised over a period of three months. In the first month, the husband tells his wife that he has given her one talaq. Both then wait for a month during which they could reconcile. After the first month, he may either take back the talaq or pronounce it a second time. Both wait for another month, at the end of which, if he pronounces a third talaq, the divorce becomes final.
This pattern was adhered to during the time of the Prophet and the first caliph Abu Bakr. There were rare cases, when a man would come to the Prophet or Abu Bakr, saying that he had divorced his wife by saying talaq three times in one go. Then the Prophet and Abu Bakr would consider this an instance of talaq being said in anger and so did not finalise the divorce. Rather, they told him that his uttering ‘talaq’ three times in one instance would be regarded as only one pronouncement of talaq.
During the time of the second caliph Umar, the number of people who began to pronounce talaq in one sitting increased. Umar, in a few cases, ruled the saying of talaq three times in one go as final and annulled the marriage. But he would also flog such men as deterrent punishment. This helped in curbing instances of saying talaq at one go. Certainly, Umar’s practice was not a Sharia law. His step was rather an example of hukm al-hakim, or an executive order. His annulment of marriage in cases where men said talaq three times in one go was an exercise of the discretionary power of a ruler. Such executive orders are applicable to particular cases and do not have the status of Sharia law.
In the British period, men again began to divorce their wives in one sitting. Now Muslim jurists belonging to the Hanafi school of law revived Umar’s order and made instant triple talaq valid. The Hanafi jurists cited Umar’s precedent, but this reference was unwarranted, because Umar had done so by way of an executive order while, in the later period, Hanafi jurists did so by issuing a fatwa. Moreover, Umar would also flog men as deterrent punishment, while Hanafi jurists were not in a position to flog anyone.
In such a scenario, my advice to Hanafi Muslims is to take the Supreme Court’s verdict as a reminder and review their practice. They should consider triple talaq in one go as a case of a decision having been taken in anger and take it as only one talaq “ as had been done during the time of the Prophet.
“(http://www.speakingtree.in/article/instant-triple-talaq-is-un-islamic)