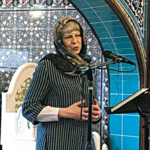 British Prime Minister Theresa May, Sadiq Khan, the Mayor of London and Andy Street joined tens of thousands of visitors at over 200 open mosques recently. Over 200 mosques across the UK opened their doors to their neighbours of all faiths and none, on February 18, as part of “Visit My Mosque” day, facilitated by the Muslim Council of Britain for the fourth consecutive year. Key figures from British public life and across the political spectrum also took part in visiting a mosque. Maidenhead Mosque welcomed in Prime Minister, Theresa May, who said, “This was a great opportunity to learn about Islam and see that it’s a religion of peace.” Speaking from Al Manaar Muslim Cultural Heritage Centre, the Mayor of London, Sadiq Khan said: “I’m delighted to be back at Al Manaar Muslim Cultural Heritage Centre as it opens its doors to the local community on “Visit My Mosque Day”. London is a place where we don’t just tolerate diversity, we celebrate, cherish and embrace it “ that’s why I’m so pleased to support this great initiative to help us build a more open and inclusive society. Today is a day to increase understanding, celebrate the important role mosques play in bringing the local community together, and in particular, to highlight the major part everybody at this mosque has played in responding to last summer’s devastating Grenfell Tower fire.”
Emma Dent Coad, MP for Kensington said, “We must counter hate with love and this is exactly what this initiative is doing” while local Councilor, Gerald Hargreaves said, “Visit My Mosque Day” is a day to celebrate and a strong way to counter Islamophobia.”
Harun Khan, Secretary General of the Muslim Council of Britain said, “Mosques are part and parcel of the fabric of British society with many, positively contributing to their local communities. This was illustrated so well by Al-Manaar in West London last summer as their volunteers and their local community pulled together to support the survivors of the Grenfell Tower fire. “Visit My Mosque” is a grassroots initiative organised by hundreds of Muslim volunteers across the UK, young and old, male and female, of all ethnic backgrounds. We are pleased to see more mosques than ever before taking part in 2018 and we hope it will help local communities build long-lasting relationships for years to come.”
Earlier, the Bishop of Bradford, Rt Rev Toby Howarth said: ‘Crossing the threshold of a different place of worship can be an important step in learning about and getting to know our neighbours,’ he said. A YouGov Poll commissioned by the Muslim Council of Britain (MCB) has found that almost 70% of Britons hadn’t seen the inside of another faith’s place of worship.