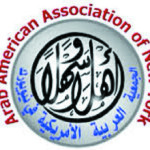 South Carolina, US: A Muslim fundraising campaign that was launched last month to help rebuild burned black churches across South Carolina has raised $100,000 in two weeks, reflecting a growing cohesion between followers of the two Abrahamic faiths in the US. “Our campaign gave people the opportunity to take an extra step beyond just verbal solidarity,” Linda Sarsour, executive director of the Arab-American Association of New York, told Huffington Post. Sarsour was referring to the online campaign that was launched by American Muslims to raise donations in an effort to rebuild the seven churches that have been vandalized in the wake of Charleston terror attack last month. According to the campaign organizers, the majority of donors have Muslim surnames. The attacks on black churches followed the tragic death of nine people who lost their lives during a shooting at a Bible study meeting at Emanuel African Methodist Episcopal Church in South Carolina last June. Dylann Roof, 21, has been arrested and charged with their murders in what is being investigated as a hate crime by the FBI.
All the dead were African Americans. Last month, American Muslims in Massachusetts held a special Ramadan Iftar in remembrance of Charleston victims, where part of the reflections and prayers were dedicated to those affected by this tragic attack.