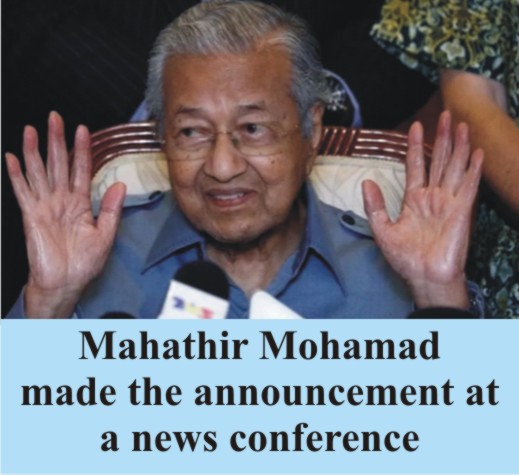 One of the world’s most seasoned politicians, Mahathir Mohamad, is to run for parliament in Malaysia’s general election – even though he’s 97.

Mr Mahathir has been prime minister of Malaysia twice, the first time for a 22-year stint. He was appointed again in 2018 when he was 92.

He was in hospital earlier this year with a heart condition but says he is now well enough to defend his seat.

He has not said whether he will be prime minister if his alliance wins.

Malaysia’s parliament was dissolved recently paving the way for a general election that the government hopes will end political instability after one of the world’s biggest financial scandals, involving a government fund known as 1MDB.