A Dargah with a Difference

A visionary Sajjadanashin is revolutionizing the functioning of Khaja Bandanawaz Dargah in Kalburgi. Besides the umpteen educational institutions that he runs, he has lent a modern touch to the entire infrastructure and management within a short span of time. 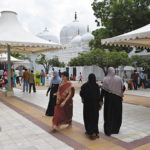 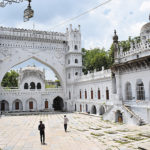 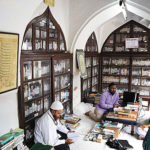 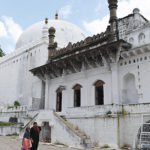 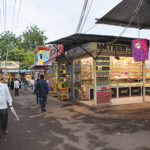 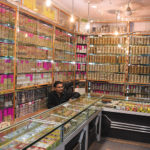 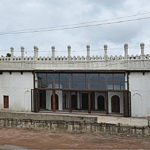 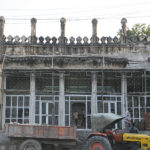 Dargahs are centres of devotion. They exercise immense pull over the devotees, who visit the mausoleums of saints and Sufis attracted by their message of love. They find solace by seeking peace for their distressed souls. The map of the Indian subcontinent is dotted with hundreds of such dargahs. But the one at Kalburgi (previously Gulbarga) is a dargah with a difference. If the teachings of the saint Hazrat Khaja Bandanawaz are a source of comfort for the hearts, the services rendered by the present custodians of the Dargah are equipping the youth with knowledge, tools and skills that can enable them to face the social and economic challenges of the times we live through. The Dargah has emerged as a catalyst for this transformation in the society. In fact, the Dargah has become a trendsetter in extending many benefits to the wider community.

Automation
That the Dargah Management Committee at Gulbarga runs a string of institutions, including a medical and an engineering college, a college of law, a college of nursing and over two dozen other schools and colleges may be an old story. What is more serendipitous is the fact that the entire management of the Dargah has witnessed a sea change in recent years, with most services for the zaireen (visitors or devotees) having been modernized as well as automated to the extent possible. The surroundings have been spruced up to the level of any modern facility. The credit for these changes goes to the present custodian Dr. Syed Shah Khusro Hussaini, a visionary who succeeded his equally illustrious father Syed Shah Muhammad al-Hussaini in 2007 on the latter’s demise. Dr. Khusro is indeed a rarity among the genre of people who are generally associated with the management of dargahs in that he had the opportunity to attain modern education in best of public schools and to top it up with degrees from the famed McGill University in Canada. He began to straddle the two worlds, the old Sufistic school where traditions and conventions demanded compliance, and the modern academics, with focus on reason and the rational.
The Dargah complex today is studded with all that a modern day visitor would expect. The pilgrims are guided through a ‘reception’ desk (or Isteqbalia) encased within a glass kiosk with computerized entry. Automated answering machines handle phone queries on EPABX system and direct callers to appropriate sections within the complex. Over 90 rooms meant for guests, spread all over the complex with varying degree of comfort, offer state-of-the art facilities. Nearly all of them are equipped with biometric entry, provide surveillance with CCTV cameras and solar-heated water supply. Power back-up and air-conditioners take care of the contingencies and weather-related issues. Air-conditioners have been installed within the mosque inside the complex, while the entire floors have been carpeted.
Regulated Entry
Vehicles’ entry into the Dargah is now regulated by men in uniform. In-house vehicles have their designated places. A motorized, noiseless buggy takes physically challenged visitors on a ride inside the complex. Cleaning the floor and picking littered solid waste is an ever on-going process, with a variety of machines, ranging from ride-on scrubbers and walk-behind sweepers to vacuum cleaners.

Shade and Comfort
Several Teflon canopies provide shaded spaces for the visitors within the premises as temperatures in Kalburgi are known to go considerably beyond 40 degrees Celsius during the arid region’s torrid summers. The largest of the canopies is collapsible and measures 45 ft x 45 ft and covers the entire ablution tank that has automatic filtering machines to emit clean water. The elegant canopies and the meticulous cleaning effort have imparted a pleasant ambience to the main Dargah concourse ringed with several mausoleums, the largest of which is the domed structure over the grave of Khaja Bandanawaz, which rises to majestic heights. It is an iconic monument for the city of Kalburgi. The dome’s ceiling was repaired, restored and plastered with colourful mirrors during the 1980s. Though disapproved by archivists, the work was irreversible when critical evaluation was done by experts. Nevertheless, the interiors now exude a spectral splendor, casting a mesmerizing spell. However the latest restoration effort on the exterior of the domes has retained its plain white colour. A 76-ton air-conditioner now provides relief from the heat during rush of pilgrims during the annual Urs. The ducts for the cooled air are suspended from steel frames (the walls of the 15th century building do not support fixing). A Mist Cooling System comprising water sprinklers has been installed under the large canopy that serves as the daily visitors’ resting place. The system is capable of cooling the interiors, bringing down the temperature by six to eight degrees Celsius.
Khaja Bazaar
Concern for hygiene and sanitation go together. A toilet block with around 200 washrooms takes care of visitors’ needs. The traditional crafts bazaar known as Khwaja Bazaar around the complex is now more organized, with old makeshift shops having been replaced by pucca structures along neatly configured streets.
Digital Mapping
Dr. Khusro Hussaini had gone about the task very systematically after his assumption of the seat of Sajjadanashin. He got the entire area digitally mapped in order to secure the Wakf properties, raise fencing and consolidate and possibly restore heritage properties. The work for laying 260 metres of solar fencing was contracted out to Ibex Gallagher, a company from the Netherlands.

Digitizing the Library
The library in the Dargah complex, preserving some of the rarest of manuscripts, has also seen some whiffs of fresh air blowing across its musty interiors. The services of Arabic and Persian scholar Dr. Mohammed Qamaruddin have been requisitioned to restore the library, which will be moving to the modern complex of the All-India Sayyid Muhammad Gisudaraz Research Academy. Qamaruddin says there are plans on the anvil to digitize the entire works available within the library pertaining to tafsir (commentary of the Quran), Fiqh (jurisprudence), Ilmul Kalam (Science of discourse), history, literature and some rare copies hand-written copies of the Quran. The library is often visited by scholars of Eastern cultures from Western countries. Some of the manuscripts have already been transferred on DVDs by a Dubai-based firm.
A Monument Restored
Another project worth mentioning successfully accomplished by the Management Committee is restoration of Sadar Sofah, the former residence of Sajjadanashins. It later came to be used as a venue for Mehfil-e Qawwali and other cultural activities. Known as Hussaini Mahal, it had lain in utter neglect for over a century and almost the entire roof had gradually vanished. Plaster had peeled off in vast patches of walls and plants and trees had taken roots into the crevices of the structure. Termites had hollowed out several rafters, beams and columns.
The work was assigned to Jeernodhar Conservators, a firm specializing in restoration of heritage structures. Nilesh Thakker, a conservationist architect from the firm, says the team took care not to use concrete and only lime plaster was used to retain the originality. The entire roof was constructed anew. Around 80% of the old rafters had to be replaced. However glass panels replaced the front arches that previously carried bamboo curtains. Thanks to the restoration project, the over 3,000 sq. ft. historical building has turned into an edifice that can dilate pupils. The management has hung colourful drapery from alams that are taken out during Muharram.

Dynamism
Even the Dargah Management Committee offices wear a new look. Be it finance, accounting, personnel management or educational institutions, Dr. Hussaini has been meticulous in recruiting only professionals and those who are amenable to learning new techniques. A man who is particular about details and is a passionate pursuer of refinement and elegance, Dr. Khusro has injected dynamism into an institution brimming with spiritual energy.