The COVA launched a Pilot Project with 20 branches of the SBH and Syndicate Bank in Hyderabad to provide small loans under Differential Rate of Interest (DRI) and Medium and Small Enterprises (MSME) schemes. 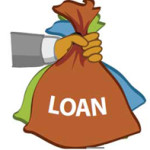 By A Staff Writer
Hyderabad: Success of a small experiment in lending money to the poor and underprivileged sections in Hyderabad debunks the myth that such bank loans never get repaid. The Confederation of Voluntary Agencies (COVA), a Hyderabad based NGO, worked with two banks, namely the State Bank of Hyderabad (SBH) and Syndicate Bank, to make them lend small amounts to people from the poorer sections during the last two years and results show that over 99 per cent money has been repaid by these borrowers.
The COVA launched a Pilot Project with 20 branches of the SBH and Syndicate Bank in Hyderabad to provide small loans under Differential Rate of Interest (DRI) and Medium and Small Enterprises (MSME) schemes. The organization closely worked with the two banks in fulfilling loan formalities for these borrowers.
The State Bank of Hyderabad sanctioned Rs. 73.20 lakhs to 430 borrowers engaged in petty businesses from 13 of its branches in the city. By the end of December last year, 99.74 per cent of the money had been repaid and only around Rs. 19,000 was due from 13 borrowers. According to Mazhar Hussain, Director of COVA, the period of default from the 13 borrowers was just around three months and is all likely to be repaid with some delay.
Similarly, Syndicate Bank’s nine branches in the City extended loans to the tune of Rs. 63, 43,500 to 180 individuals. The repayment rate till the end of December last year was 99.68 per cent and only an amount of Rs. 20,000 was due from four borrowers.
COVA study says that applications from 536 persons (243 Hindus + 293 Muslims) were forwarded to the SBH branches. The bank chose to extend loans to a total of 430 of them. The loan amounts ranged from Rs. 10,000 to Rs. 50, 000.
In case of Syndicate Bank, 218 applications (from 116 Hindus + 102 Muslims) were submitted. The Bank selected 180 of the applicants and provided loans ranging between Rs. 15,000 to Rs. one lakh. The COVA undertook research and advocacy for the financial inclusion of these sections for two years .
Mazhar Hussain who made a presentation about the project at a workshop held by Voluntary Action Network India (VANI) in collaboration with Heinrich Boll Stiftung (a Foundation from Germany) in Hyderabad on Feb. 13, said, now both banks want the Pilot Programme to be scaled up to cover more branches. He says the COVA will be doing the spadework for covering 300 bank branches in five districts of Telangana for lending of Rs. 15 crore and has sanctioned a budget of Rs. 75 lakh for the purpose.
The COVA had proposed 12 new administrative and policy transformation to secure genuine financial inclusion of the poor and the Government of India has accepted eight of these recommendations in different programmes like MUDRA and the Prime Minister’s Jan Dhan Yojana. Hussain says, if these were properly implemented, these can ensure bank credit to 90 million people engaged in petty business and micro enterprises through MUDRA and Priority Sector and DRI Schemes.