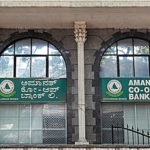 Bengaluru: The syndicate of candidates supported by Mr. Rahman Khan, MP and former Union Minister, was elected to the Board of Directors of Amanath Cooperative Bank in elections held on September 19. None among the opponents could make it to the Board. The winning group was led by Syed Abdul Kabeer, Chartered Accountant who has been elected the Chairman of the new Board of Directors. Only 921 among the 33,502 shareholders who are eligible to vote, cast their votes in the elections. Of these 145 votes were rejected as they exceeded the limit candidates while choosing them for stamping of the ballot papers. Mr. Kabeer is a chartered accountant and is Chairman of the Alpine Constructions. He also runs the Alpine International School. He had worked in Saudi Arabia for a few years.
The members elected to the new board of directors other than Mr. Kabeer are: B. J. Abdul Azeem, Nisar Pasha, Yacoob Sharief, M. K. Rizwan, M. Riyaz Ahmed, Md. Shafi, Qurratul Ain Shabana, Rasheed Begum, and K. Chhaya.
(By A Staff Writer)