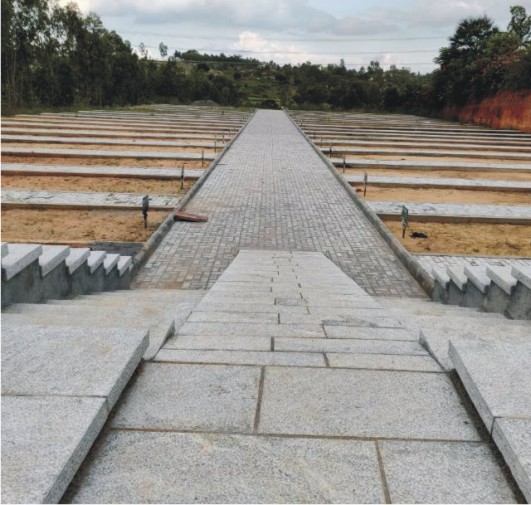 Bismillah Khabrastan a Pride for its Uniqueness

Ameer-e-Shariat Moulana Sagheer Ahmed Rashadi led the inaugural dua at the Bismillah Khabrastanon the 11th of July for providing two new GhusulKhanas (separate for ladies and gents), a Mussalah to offer Janazanamaz, a Wazu Khana, and waiting halls. He highly appreciated the work done and complimented the Trustees for the neatness and cleanliness maintained
Mufti Ifteqar Ahmed Qasmi, Mufti Mohammed Aslam, Moulana Maqsood Imran Rashadi, and Moulana ShakirullaRashadi spoke on the occasion. Moulana Maqsood Imran opined that there is aneed to have similar burial grounds in Bangalore North, East, and West.
Mr. Rahman Khan, ex-Union Minister who also attended the function, said that this Trust had shown how to develop the infrastructure required by the community without depending on the Government.
The Trust’s Secretary, Mr. Syed Tahsin Ahmed, retired KAS officer who read out a report, stated that the future tasks include constructing an Eidgah, constructing Residential quarters for the staff, and purchasing two acres of private land projecting in a part of the Trust’s land.
The Trust’s President, Mr. Shaikh Umar, revealed that it is planned to make this burial ground a One Call facility. On receiving a phone call, the dead body will be taken to the Khabrastan in a hearse van, given a bath, namaz-e-janaza will be performed, and the burial will be done. All materials required for bath and funeral, including Kaffan cloth, will be made available in the Khabrastan itself.
The Bismillah Idgah and Khabrastan are on eight acres of land in Mantapa village on Raaghalli Road, near Bannerghatta National Park in Bangalore, a unique Khabrastan, which is worth emulating in the entire country. Burial in this Khabrastan takes place serial number-wise in a computer-drawn, planned layout with the graves in straight rows. There is a tiled road in the middle branching into tiled crossroads at intervals. What distinguishes this Khabrastan from others is that the burial is not haphazard, and no headstones or any construction whatsoever is allowed. Bismillah Khabrastan is one of those rare burial grounds which is eco-friendly. The Trust’s architect, Mr. Sadeer Ahmed Junaidi, has planted more than 200 fruit trees of different varieties in the sprawling adjacent land.