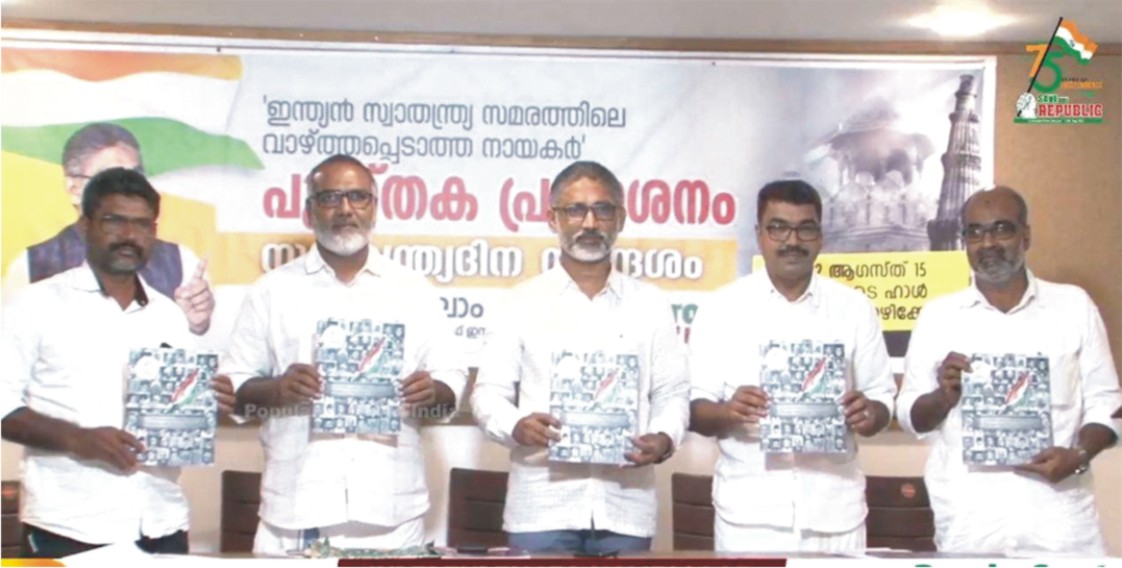 Book on ‘The Unsung Heroes of Indian Freedom Struggle’ Released

Calicut- A book featuring illustrated brief biographies of 75 heroes and heroines from the history of the Indian anti-colonial struggle was released on August 15, 2022, here at a function held at IOS Hall, Meenchantha, Kozhikode.

The book named “The Unsung Heroes of Indian Freedom Struggle” was published by the Popular Front of India national committee as part of the organization’s celebration of the 75 years of Independence.

Addressing the function, O M A Salam said that the celebration of Independence Day should be about commemorating the legendary history of our forefathers who achieved freedom with their life and blood.

“It is not just a ritual to be performed. Celebrating Independence Day should convey a message to society,” he said.

“Attempts to distort the freedom struggle are rampant. Even the freedom fighters are being deliberately forgotten and erased from history through discrimination. At this stage, people must unite to reclaim the true freedom that we have lost.”

“Even as India is growing, there is concern about the path the country is taking,” said Salam.