Charter of Makkah: A Blueprint for Global Harmony

By Mohammad Al-Issa
As tensions mount in the Middle East, it might be easy from the West to imagine the Islamic world locked in an internecine political struggle, with each side wielding threats of open conflict and the violent rhetoric of exclu 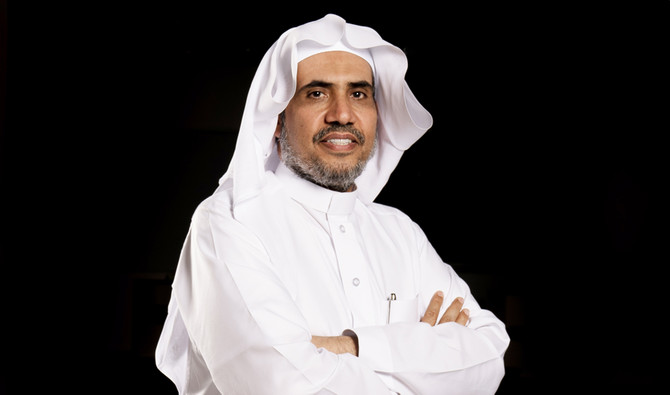 sion. Beyond the testy politics, however, Islamic religious leaders are speaking in greater unison than ever before. The message we are advancing is one of moderate Islam, and the promotion of peace, tolerance and love.
In May, I gathered with more than 1,200 Muslim leaders, scholars, academics and religious teachers in Mecca for the Muslim World League’s Conference on Moderation. We represented more than 139 countries and 27 different Islamic sects. Our four days of discussions focused on combating the global rise in hate speech and political intolerance plaguing so many of our communities. We did not obsess over Shiite vs. Sunni or the questions of theological interpretation that have proved so divisive over time. Certainly, no one in our congregation recited “Death to America,” “A curse on the Jews” or any of the other political slogans so often deployed by the extremists, and so regularly replayed in television hits, newspaper quotes and rapid-fire retweets. Instead, our mission centered on advancing harmony among Muslims, and coexistence between Muslims and everyone else. After the horrifying terrorist attacks on the Islamic community in Christchurch, New Zealand, and similar atrocities against synagogues in the United States and churches in Sri Lanka, we know we have a global problem.
Our solution is the Charter of Mecca, a document of groundbreaking frankness that received the endorsement of the entirety of the Islamic scholars who participated. It received political backing as well through its first signatory, Saudi King Salman bin Abdulaziz Al-Saud. The charter’s 30 points send a clear message not just to the Muslim world but to the entire global community and worshippers of all faiths: We must put aside our differences and embrace our religious and cultural diversity. For isolated and independent of one another, we will never overpower the voices of hate.
We have a great challenge before us. Everywhere we look, we see old divides and outdated superstitions calcifying. We see the forces of intolerance and fanaticism finding new followers, spurred by social media and a culture that magnifies our disagreements and ignores our commonalities. How do we win this battle? From the Muslim world, it starts with commitments the likes of which we have never formally adopted or connected to tolerance.
Our charter demands that we safeguard natural resources and manage industrial development; support climate treaties, fight hunger and poverty; eliminate disease and discrimination, and preserve the human rights of all people, including women and minorities. It includes a special obligation to empower women through social equality and economic opportunity, and to reject any effort that is disrespectful or marginalizing toward women.
We will take each of these commitments home with us, and exhort our community members to adhere to them. We must. It is impossible not to feel that we have reached an inflection point in history. We can climb the roughhewn ladder toward greater unity and cooperation, or slide down the convenient chute of conflict and divisiveness. For me, the choice is obvious. It is the only viable choice.
As the Charter of Mecca instructs us, we must build cultural and religious ties among each other, deepen understanding between different communities, construct civilized partnerships, stand arm-in-arm against hatred and declare now and forevermore that every culture is a reflection of God’s will, with an inviolable right to exist. We must view every conflict in the world as an opportunity for dialogue.
Islam can play a leading role. The charter provides a blueprint for how the Muslim world should interact with other faith traditions, including precise guidance on how we ought to welcome differences and affirm our common ethical, social and environmental values. It demands that we go beyond mere theory and empty slogans by taking concrete actions to reconcile, not radicalize, our future generations. In short, it compels us to choose the ladder over the chute, no matter how difficult the climb.
This is the objective at the heart of the Charter of Mecca, which we would ask everyone to embrace. We must all be leaders in building the world we want to live in.
(Dr. Mohammad Al-Issa is secretary-general of the Muslim World League, Chairman of the CRL Responsible Leaders Summit and President of the International Organization of Muslim Scholars, based in Mecca, Saudi Arabia. This article is extracted from newsweek.com)