Only return of defrauded amount can rescue the Bank from turning into a financial fiasco for the community mired in poverty. 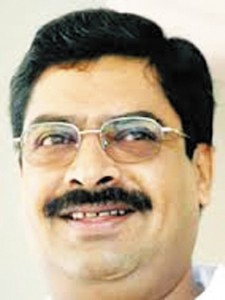 Plight of Depositors
Apathy runs high in the scheme of things for the former custodians of the Amanath Bank who have built their personal empires in the last three decades. There is total lack of sensitivity towards the depositors whose money is locked up in Bank. The return of even a fraction of money by the leading defaulters would bring succor to the community in a big way. Banks constitute sinews of power in the current age and the Amanath Bank should not be allowed to turn into a financial fiasco. Lack of sensitivity is coming in the way of resolution of the crisis. Have a sampling of the suffering the curtailment of the transactions have caused to the depositors:

* Worrylines on the forehead of Sajida Begum, secretary of the Aasra Home for Women, have only been increasing all through April and May. The noted social worker in Bangalore has not been able to access the funds of the Aasra locked up in Amanath Bank accounts. Rent arrears for the premises she has hired are mounting.
* A newly set up hospital in downtown Bangalore deposited the seed funds in Amanath Bank. It is finding the going tough as transactions have been virtually frozen under the RBI instructions.
g Leather merchant Sagheer Ahmed is a sad man. He had deposited a cheque for Rs. 50 lakh in the Amanath Bank on March 27 merely for clearance as was the usual practice with him. It got credited on April 2. But as luck would have it, the RBI moratorium against issuing funds came on April 1 and locked his funds into the crisis in which he had no role.
* Iqbal Ahmed, engineer from Electricity Board, 70 is cursing his fate. All his retirement benefits and remittances from his sons abroad, are out of his reach for the last two months. He does not know when he would need the funds for any medical emergency he might face.
* Mukhtar, a computer dealer feels himself unlucky. He missed withdrawing the money by a whisker on March 31. RBI freeze on Amanath Bank has left him in a limbo.
g A cooperative society which has over 700 account holders, which refused to be identified, has to cease its operations as its funds in Amanath Bank lie frozen.
* Inaccessibility to funds in Amanath Bank led Ameena’s (name changed) marriage plan shelved as bride’s side had to backtrack on jode ki raqam. It proved a double whammy for the bride’s parents as advance made for booking for wedding hall was confiscated.