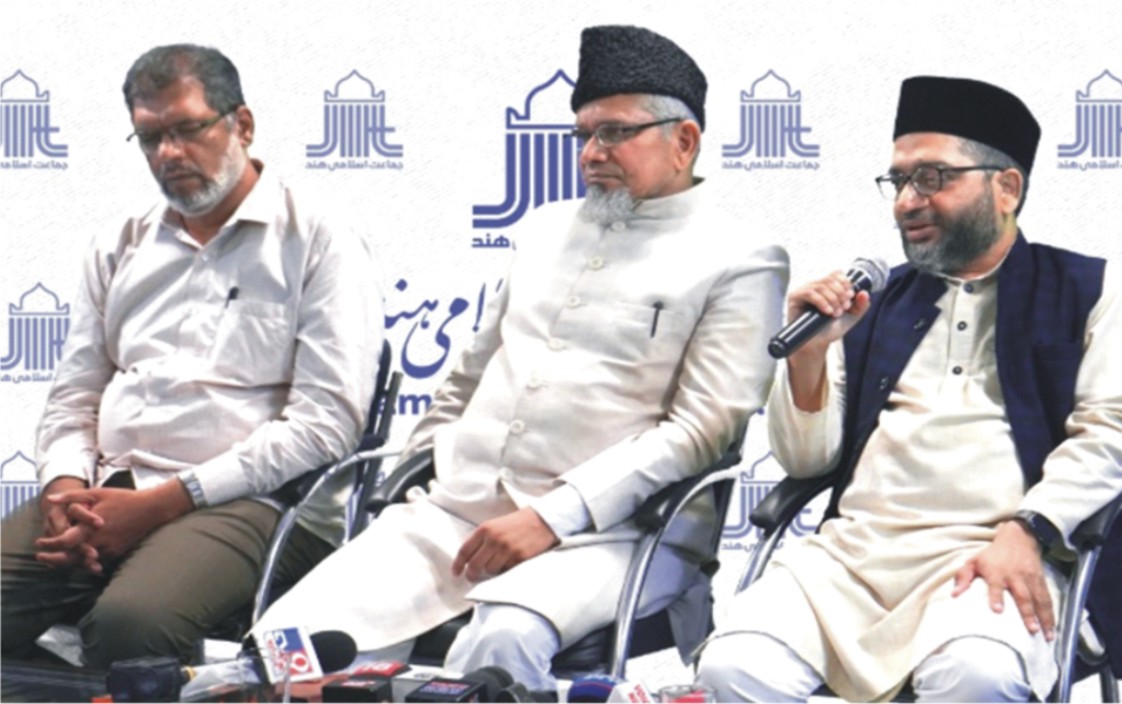 New Delhi: On July 2, Jamaat-e-Islami Hind (JIH) demanded that the government file charges against suspended BJP spokesman Nupur Sharma for her comments that were extremely disrespectful of the Prophet Mohammad (peace be upon him). Furthermore, it called for the passage of a blasphemy law to punish individuals who mock religious leaders of different faiths.

Syed Sadatullah Husaini, the president of the Jamaat, and its vice president, Prof. Engineer Mohammad Salim, spoke to the media at the JIH headquarters and declared that Ms Sharma’s arrest was required because the Supreme Court had also noted that she was solely accountable for what was happening in the nation. They argued that, contrary to the court’s observations, an apology is insufficient. In response to a journalist’s query, Husaini stated that the country would not require courts or jails if apology took the place of punishment.

They also demanded action against those politicians, TV channels and media houses who are fanning hatred in the country.

They claimed that the Udaipur murder was connected to a string of mob lynching incidents across the nation, including the recent beating death of an elderly Hindu in Ratlam, Madhya Pradesh, on the basis of mistaken identity. They also claimed that politicians and the media involved in inciting hatred were to blame.

Husaini hailed the Supreme Court’s conclusions that politicians accused of using blasphemous language were solely to blame for the dire condition in the country and that the media, which encouraged such hate speech in the name of TV debates, had equal responsibility. He lamented the fact that the accused spokesperson and TV anchors were still at large after wreaking such damage.

The Jamaat leaders regretted that our nation’s political climate was unfortunately increasing violence and hatred while diminishing empathy and tolerance, and that some media outlets were cooperating with such reckless political forces. They urged all countrymen who valued justice and peace to band together in the struggle against hatred.

In response to a question on the police detaining the co-founder of the Alt News website Mohammed Zubair while allowing former BJP leader Nupur Sharma to walk freely, Mr. Husaini replied, “There should be no double standard in taking action against individuals involved in inciting hate.”

Prof. Salim expressed his disappointment that Nupur had not been arrested even after making hateful comments on a TV programme for a month. This, he claimed, has damaged India’s reputation internationally.

He expressed amazement at the detention of well-known human rights advocate Teesta Setalvad and former Gujarat DGP R. B. Sreekumar for no other reason than the fact that he had testified in front of an inquiry commission looking into the anti-Muslim riots in Gujarat in 2002.

Prof. Salim said that Mohammed Zubair was arrested only because he shared the derogatory comments of Nupur Sharma on social media. This indicates the direction in which the country was headed to. He said this is an attack on India’s democratic values and freedom of speech.

He said that bulldozing of houses of protesters demanding arrest of Nupur Sharma amounted to muzzling of democracy.

He said that Jamaat-e-Islami Hind also opposed the last-minute decision of the outgoing MVA government to rename the cities of Aurangabad and Osmanabad.