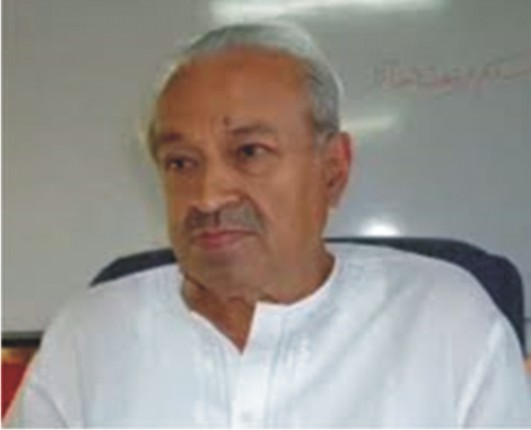 A prime Waqf land belonging to Bada Makan in Bangalore on KH Road (Double Road) measuring 33,000 sq. ft. was taken possession in the year 2006 by the Karnataka Waqf Board by evicting an unauthorised occupant after prolonged litigation. The orders passed by the then CEO of Waqf Board Mr. Tahsin Ahmed under the Public Premises Act were upheld by even the Supreme Court and the unauthorized occupant was evicted with the joint efforts of the CEO, the then Administrator of Bada Makan Mr. M. A. Khalid and the then Minister of Waqf Mr. Zameer Ahmed Khan.

Janab Ziaulla Shariff, Chairman India Builders and a philanthropist is funding the entire cost of construction of an Urdu Hall and a Coaching Centre for IAS, KAS and allied competitive examinations to be built in this land. Mr. Shariff has also undertaken to bear the entire expenditure of providing residential coaching to 100 students from his Shariff Foundation. The foundation laying ceremony of this project was held on June 23rd. This project is a classic example of utilising and developing a Waqf property for the welfare of the community.

Speaking on this occasion, Mr. Ziaulla Shariff announced that he will be taking up three other projects on Waqf lands. A Multi-speciality Hospital will be constructed in the land belonging to Mavalli Masjid in H. Siddiah Road. A Hostel to accommodate 500 girls will be constructed in a Waqf land in Cockburn road and also in the Waqf land in Yeshwantpur which is managed by the Central Muslim Association. Mr. Shariff announced that he will donate 5 crores for constructing the first building of a proposed CMA University.

The sincerity of his purpose was amply demonstrated when Mr. Shariff addressing the Press declared that he has brought his family members to the Urdu hall function so that these projects should be continued even after him. He further stated that there are different teams to work on all the five projects and the work on them will proceed simultaneously. Even the budget for each of the five projects has been earmarked separately. He also appealed to others who are rich to similarly finance for projects which will uplift the community.

Moulana N.K.M. Shafi Saadi, Chairman of the Karnataka Waqf Board who also attended the programme stated that the Khata of the project land is updated and only the building plan has to be got sanctioned. He expressed the hope that the project would be completed within one and a half years. The function was also attended by many other dignitaries.