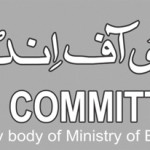 Airfare subsidy is now down to Rs. 550 crore

New Delhi: The Haj Committee of India will be charging Rs. 2,15,000 per pilgrim for the Haj-2015 for the expenses incurred on air passage, accommodation, local transport within Saudi Arabia and food in Madinah etc. This is for those staying in Green Area and Rs. 1,76,000 for those staying in Azizia Area of Makkah. According to Gen. V. K. Singh, Minister of State for External Affairs, Haj Committee of India meets the costs of the Hajj pilgrimage through the payments made by the pilgrims. No external grant is provided by the Ministry of External Affairs to HCOI. There is also no separate Haj Yatra Fund. The Minister was providing reply to questions in this regard on the floor of the Parliament.

Subsidy being Phased Out
The Minister said, the Ministry of Civil Aviation supervises the Air Charter operation during Hajj period and deploys officials for support in Saudi Arabia to assist in embarkation and disembarkation of pilgrims. Ministry of Civil Aviation provides subsidy for air travel to pilgrims performing Hajj through Haj Committee of India. The amount on air travel charged per pilgrim during Hajj-2014 was Rs. 35,000 whereas the actual airfare ranges from Rs. 63,750 to Rs. 1,63,350 depending on the embarkation point in India. For Haj-2015, an amount of Rs. 42,000 will be charged as airfare from each pilgrim performing Hajj through HCOI. The Supreme Court has directed in 2012 that the subsidy on air travel should be phased out in ten years. The subsidy has been reduced from Rs.836.56 crores in 2012 to Rs. 680.03 crores in 2013. In 2014, it had further reduced to Rs. 533 crores, he added.
The Ministry of External Affairs coordinates the Hajj arrangements, in consultation with HCOI and Consulate General of India (CGI), Jeddah. Ministry of External Affairs also sends 546 deputationists every year (Coordinators, Assistant Hajj Officers, Hajj Assistants, Doctors and Para-medical staff) for rendering assistance to the Hajj pilgrims. With the approval of Ministry of External Affairs, Consulate General of India, Jeddah arranges for temporary tents in Mina, sets up Dispensaries, Branch Hajj Offices, arranges ambulances and other local transport for the Hajj pilgrims. Medicines and medical equipment are supplied by MEA to Consulate General of India, Jeddah to meet the medical requirements of Hajj pilgrims. During Haj-2014, medicines worth Rs. 2.60 crores were supplied. Similar arrangements for deputationists, logistics arrangements by CGI, Jeddah and supply of medicines are being made for Haj-2015.
Hajj pilgrims either undertake pilgrimage through Haj Committee of India or Private Tour Operators. During the last three years (2012, 2013 and 2014), 3,46,323 Hajjis have gone on Hajj pilgrimage from Haj Committee of India (HCOI) and 95,490 through Private Tour Operators (PTOs).
The Supreme Court of India had passed an Order on April 16, 2013 in which the number of Hajj seats under VIP quota (Discretionary quota) to dignitaries has been restricted to 500 seats as per details given below:- Hon’ble President of India-100 seats, Vice President of India-75 seats, Prime Minister of India-75 seats, External Affairs Minister-50 seats, and Haj Committee of India-200 seats.