The 15th Report on State of India’s Forests shows increase in green cover of the nation. 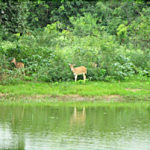 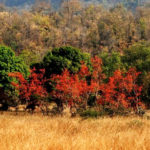 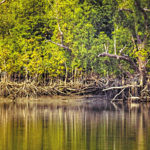 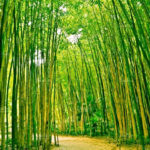 The total forest cover in India has gone up by around 1% during the last two years, reveals the India State of Forest Report-2015 which was released on February 12. The last report was made public was for the year 2013. This is the 15th State of the Forest Report issued so far. This biennial Report is prepared by the Forest Survey of India under the Ministry of Environment, Forest and Climate Change.
Ideally a nation’s 33% of the area should be covered by forests in order to ensure sustainable development, carbon balancing, providing necessary timber for use and for keeping the ground aquifers charged.
The total forest cover and tree cover increased by 5,081 sq. km. in the last two years. Of this, forest cover increase is 3,775 sq. km. whereas the tree cover increase is 1,306 sq. km.
The forest and tree cover now account for 79.42 million hectares, which is 24. 16% of the country’s total area. The Ministry of Forest and Environment is pursuing the target of 33% cover.
The Report says majority of the increase in forest cover has been observed in open forest category mainly outside forest areas, followed by ‘Very Dense Forests’ (VDF). While ‘Open Forest areas’ has increased by 4,744 sq. km. which is 9.14% of the geographical area, the area under VDF has increased by 2,404 sq. km. which is 2.61% of the geographical area. About 40% forest cover is in nine big patches of 10,000 sq. km. and more. Mangrove cover (which increased by 181 sq. km. is included in the total forest cover.) The fact that most of the increase has happened in the VDF category is taken as a positive sign as dense forests absorb the maximum carbon dioxide.
The maximum increase in forest cover area was in Tamil Nadu-2,501 sq. km. Next is Kerala with 1,137 sq. km. followed by Jammu and Kashmir i.e., 450 sq. km.
States with largest forest cover in terms of Area: Madhya Pradesh-77,462 sq. km.; Arunachal Pradesh-64,248 sq. km.; Chhattisgarh-55,586 sq. km.
States with largest forest cover in terms of Percentage of Area: Mizoram 88.93%; Lakshadweep-84.56%, Sikkim-82%; Manipur-78%; Uttarkhand-71%. Another eight states namely Tripura, Goa, Sikkim, Kerala, Dadra and Nagra Haveli, Chhattisgarh and Assam have forest cover between 33 and 70%.
Agro-forestry and private forestry has also expanded. This is measured in terms of cubic metres (m3) of timber produced. The timber production jumped from 42.77m3 to 74.51m3 in ‘Trees outside Forests’ category.
The Report has included a new feature i.e., mapping the water bodies in the forest areas. It reveals that areas covered by the water bodies within the forests registered an increase of 2,647 sq. km. between 2005 and 2015.
The report reveals that the total bamboo bearing area of the country was estimated to be 15.69 million hectare, 1.73 million hectare more than what it was in 2011.
India ranks among the top 10 countries of the world in terms of forest area, despite the fact that none of the other nine countries has a population density of more than 150 persons per sq. km., compared to India’s population density of 382 persons per sq. km.
India is 8th in the list of top 10 nations reporting the greatest annual net gain in forest area.
The ISFR 2017 further said that the “total carbon stock is estimated to be 7,082 million tonnes”, which is an increase of 38 million tonnes compared to 2015. In 2015, India had announced a voluntary target of creating additional carbon sink of 2.5 to 3 billion tonnes of CO2 (carbon dioxide) under Intended Nationally Determined Contributions (INDC) of the Climate Change Agreement reached in the meeting of the United Nations Framework Convention on Climate Change. This is possible through additional forest and tree cover by 2030.
ISFR 2017 is more comprehensive as it is based on information from 633 districts of the country compared to 589 in 2015. It used remote sensing as well as ground work. The results were based on interpretation of satellite data from October 2015 to February 2016. The FSI has been assessing forests resources biannually since 1987.