Islamic Voice 0 August, 2017 12:00 am
Our Overcrowded Jails
An Interfaith Programme with Spiritual Orientation to Islam
One-year Course in Info-Tech 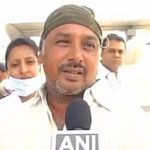 Srinagar: The courage and presence of mind of the Muslim driver from Gujarat who kept driving the Amarnath pilgrim bus even after it was attacked by terrorists in Jammu and Kashmir helped save many lives. Salim did not lose nerve when militants opened fire at the bus. “I ducked and continued driving the bus so that I could take the bus away to some safe place,” Salim told reporters while narrating the incident in which seven pilgrims were killed and 19 injured in a terror attack in Khanabal area on the Srinagar-Jammu highway. Despite his vehicle being showered with bullets fired from automatic weapons, the driver drove for nearly half a kilometre from the place of attack until he reached a small camp of security forces. Salim’s wife stated that her husband had been carrying pilgrims to Amarnath for over four years, while his elder brother had been doing the same for nearly 11 years. Gujarat Chief Minister Vijay Rupani said the brave driver has saved many precious lives and that the state government had decided to nominate him for a bravery award. The Jammu and Kasmir cabinet has decided to give Salim an amount of Rs 3 lakh for his act of bravery.
(Source: twocircles.net)