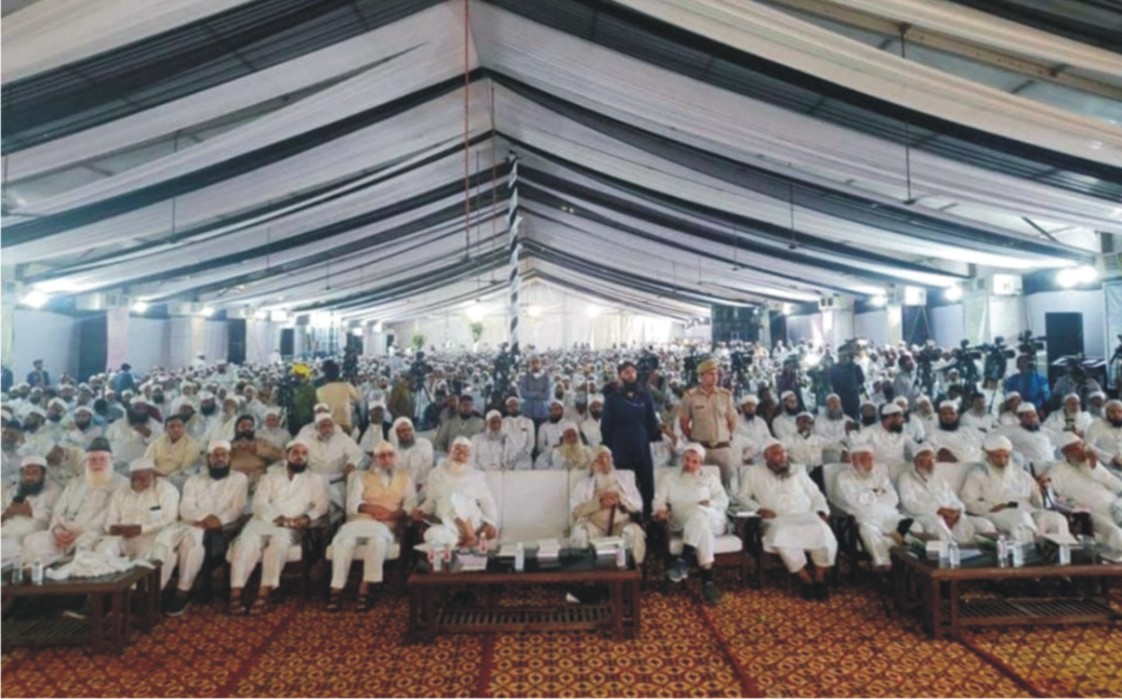 To discuss the present scenario where a segment of the society is attempting to tear away the secular fabric of the country and the Constitution, the growing hatred against the Muslim community, rampant misuse of governmental institutions, and a highly communalized atmosphere amidst an alternative scenario where jobs have been lost, incomes have reduced and the country is facing challenges on several other fronts, an Indian Muslim Intellectuals Meet was organized on 29th May 2022 at Aiwan-e-Ghalib Auditorium, Ghalib Institute, New Delhi.

The day-long congregation was attended by over 450 Muslim intellectuals, activists, former bureaucrats and technocrats, lawyers, journalists, civil society members, religious scholars, and politicians from 21 States across the country, to deliberate upon the way forward toward a saner and united response that is the need-of-the-hour, so that the secular fabric of the country and the Constitution doesn’t get torn any further. Concerned Muslims with varied experience in various fields in Government and public life deliberated on the issue of formulating an appropriate strategy and approach towards the resolution of the vexed problem both in short term and long-term perspective and keeping the interests of the nation foremost.

Suggestions
Some of the basic principles which were suggested for consideration in the Meet are as follows:
a) Addressing the entire issue through a non-Political, non-Religious mechanism/structure.
b) Securing our Constitutional rights with the active support, cooperation, and full participation of secular; justice, freedom, and liberty-loving citizens of the country. Strengthening democracy, freedom, and human rights jointly.
c) Always adopting the rational and logical approach in evolving a method or procedure to deal with any issue and finding remedial measures. Thus, a sentimental and emotional approach which has been the won’t of the community more often in the past, needs to be totally shunned to avoid the pitfalls of the past.
d) To work for the removal of prevailing fear and anxiety while enhancing the confidence of the community.
e) Our commitment of full support to all oppressed groups in the country irrespective of religion, caste, or creed for securing justice and fair play, thus strengthening the partnership.
f) Carrying out awareness in the community at large about various important issues and thus, creating a suitable enabling environment for furthering our mission.

Concluding remarks in the Meet:
The Meet concluded with the assertion that evidently the canvas is very large and the task is daunting. It desperately requires painstaking effort and proactive commitment to achieve the planned goals. There is a need to have tremendous patience as enjoined upon a true Muslim, especially since the results will not be immediately visible.