The Congress is a clear frontrunner in the contest, but much will depend on the last minute swing in the mood of the electorate. 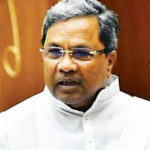 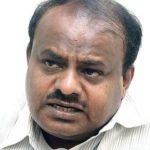 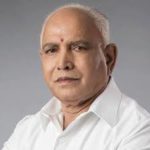 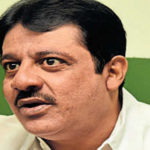 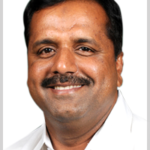 Bengaluru: Battle lines have been drawn for a triangular contest among the Congress Party, the Bhartiya Janata Party (BJP) and the Janata Dal-Secular (JDS) for the 224-member Karnataka Assembly elections. Polling will be held on May 12, and the results are due on May 15.
Unlike the 2014 Assembly Elections when the outgoing BJP Government had completely lost the popular favour, the incumbent Congress remains a hot favourite with the people in the state and is clearly a frontrunner. The BJP suffers from the double whammy of all the discredit that the Modi Government at the Centre has accumulated and the deep dissensions and dissonance within its ranks in the state. The JDS is the usual dark horse, having emerged bruised with defections of its seven legislators.

Full Tenure
It is for the first time since the day of the legendary chief minister Devaraj Urs that a Government has lived its full five-year tenure in Karnataka. Perhaps the government of S. M. Krishna (1999-2004) could have had this privilege, but he called the election six months before his tenure was due to end and lost. Between 2004 and 2013, the state had five chief ministers”Dharamsing, Kumaraswamy, Yeddyurappa, Sadanand Gowda and Jagadish Shettar, with a spell of President’s rule.

Invisible Support
Incumbent Chief Minister Siddramaiah has led the state with immense confidence and without any dissensions within his party backyard, although he had joined the Congress Party after a prolonged stint with the Janata Dal. A host of schemes targeted at combating hunger and attaining food security, such as Anna Bhagya (free ration to BPL card-holders), Ksheer Bhagya (milk to children of the Government schools upon arrival in the school, besides midday meals), Mathrupoorna scheme for pregnant women and lactating mothers, and Indira Canteens (supplying meals to the working class in towns and cities at a very reasonable tariff) in the state have created a vast and invisible support within the poor and under-privileged sections for the Congress.

AHINDA to the Fore
Schemes such as ‘Laptop bhagya’, free bus passes for SC/ST students, sub-quotas for Christians and still later Jains for separate allocations from Minority dedicated budget; reservation for residents of the backward Hyderabad-Karnataka region in Govt jobs and reservation for civil work tenders for contractors from the SC and ST sections too endeared him with the core of his supporting social components.
The sharp focus on his AHINDA (an umbrella forum of religious minorities, OBCs, SCs and STs which he had floated and led prior to his entry into the Congress) stood him in good stead and ensured fashioning schemes aimed for the benefit of these sections. A protÃ©gÃ© of socialist leaders such as Ramakrishna Hegde, Abdul Nazirsab and P. A. Mallesh, Siddramaiah went on unleashing scheme after scheme for the underfed and the unwashed multitudes of the state.

Regional Sentiments
A series of initiatives pandering to the regional sentiments too have ensured that the regional groups would not turn against him in favour of the BJP which is largely seen as the party of Hindi-speakers.
While the first half of his tenure was lackadaisical, he woke up after the midpoint and never allowed himself to be displaced from the driver’s seat by setting agendas and negotiating the discourse in the State. He passed a bill to grant religious minority status to the Lingayaths (a long standing demand), actively promoted the idea of a Karnataka state flag and ordered deletion of Hindi signages from the Namma Metro whose network is expanding underneath the city. Though these bring no tangible benefits to the state, he did all that to be seen as a champion of regional causes, something he could not have dreamt if the Congress were to be ruling the Centre. However, by insisting on contesting from two seats i.e., Chamundeshwari in Mysuru city and Badami in northern Karnataka, Siddramaiah has unnecessarily sent out a signal of his insecurity. Secondly, having fielded his son Dr. Yathindra from his home Varuna constituency, he has hinted at a dynastic streak in him.

BJP’s Chances
The BJP is clearly on the back foot and hopes to see Prime Minister Narendra Modi’s charisma to work. Former chief minister Yeddyurappa is leading the BJP’s campaign. The infamous Ballari miners are backing him once again. The terrain for the BJP has been rendered uncertain mainly due to a vertical split among the Lingayaths following the passage of the bill naming the Lingayaths as a religious minority distinct from Hinduism. Though Siddramaiah has assured that it would not be an election issue, he expects a defection in the powerful vote-bank which the BJP had assiduously built since Veerendera Patil was unceremoniously removed as the Chief Minister of the state by Rajiv Gandhi in 1990. Some solid work on the irrigation front during the last five years has won new adherents to the Congress Party.
The BJP has sent a positive signal by denying ticket to Mr. Vijayendra, the second son of Mr. Yeddyurappa and Ms. Shobha Krandlaje, a close associate of the former chief minister. It is useful to remember that Mr. B. Y. Raghavendra, another son of Mr. Yeddyurappa is already a Member of the Lok Sabha, representing Shivamoga constituency. But it also exposes chinks within the BJP as several of Mr. Yeddyurappa’s detractors had opposed the ticket to his son. This however makes the fight less arduous for Mr. Siddramaiah in Chamundeshwari which Mr. Vijayendra had been eyeing. It is to be seen if Mr. Siddramaiah can win the seat which he had represented several times in the past.

Kingmaker’s Role
Despite having suffered several body blows due to defections during the last tenure of the Assembly, the JDS is pitting its candidate in a vast number of constituencies, barring 20 which it has left for its alliance partner Bahujana Samaj Party (BSP). JDS has several pockets of influence in the Cauvery basin districts where it did unexpectedly well in 2013. A section of the Vokkaligas are staunch supporters of the party, which makes the fight virtually triangular in places like Mysore, Mandya, Chikkamagalur, Shivamoga, and Kolar. Political observers guess that the JDS is into the contest more to be in a kingmaker’s role if the polls throw up a hung house with none among the Congress and the BJP able to garner more than a hundred seats.
The Congress Party can clearly bank upon the Muslims, Christians and the Dalits and a sizeable section of the OBCs. Welfare schemes targeted at these social components have worked fairly well to retain their favour for the party. However, given the trend of tactical voting among the minorities, some of them would inevitably vote for the JDS candidates where the party’s candidates are seen to be the most formidable rivals against the BJP.

Spoilsport
Besides the three important contenders, there are smaller parties such as SDPI, CPM and a few outfits representing farmers’ interests. The SDPI garnered around one lakh votes in 2013 and the only place where its candidate came close to the victory was in Narasimharaja in Mysore city. MEP of Nowhera Sheikh is also pitting its candidates at several places but is seen as a proxy of the BJP to divide the minority votes.
Overall, although the Congress can be said to be on a strong wicket in the battlefield, it would be difficult to guess the outcome as of now. The BJP has mobilized massive machinery to wrest the state from the Congress. It will be left with a badly bruised nose if the state refuses to fall into its kitty.