Karnataka Board of Auqaf – No Rationale for Appointing Nodal Officers

The Waqf Board is indulging in appeasement of retired Muslim officers instead of taking concrete steps to strengthen Waqf finances. 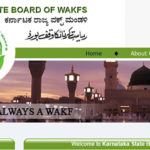 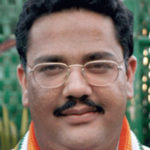 By A Staff Writer
Bengaluru: The Karnataka Board of Auqaf on April 5 appointed a slew of retired Muslim officials as Nodal Officers in some of the districts. The objective, said the demi-official (DO) letter No. KSBA/ADM/EST/44/201617, was ‘to oversee the implementation of the programmes of the Board’.
The sudden appointment of 13 Nodal Officers to monitor the programmes in 26 districts of Karnataka has caused surprise as well as dismay in circles that have observed the functioning of the Board for decades. Surprise, because the appointments have come in the terminal year of the Congress Government in the State and one cannot remain without smelling appeasement of”not the Muslims”but retired Muslim officers. Dismay, because the Board still follows the old policy of political favouritism that characterizes the boards and corporations in the pre-liberalisation era. Nothing seems to have changed. What it means is that realpolitik is still the guiding force in the Board rather than the morals and principles.
The DO letter states that the Nodal Officers will be paid Rs. 25,000 a month and another Rs. 25,000 for hiring a taxi or Rs. 15,000 if they use their own vehicle. The appointment is for three months ‘or until further orders’ which leaves ample scope for stretching the tenure till the current political dispensation in the State demits office in May 2018.
The letter says the Nodal Officers would oversee 1- the survey of Waqf properties, 2- Utilisation of grants by the Waqf Institutions, 3- Effecting of Khatas of Waqf properties, 4- Information regarding the developmental activities taken up by the Waqf institution, 5- Ensuring that the Muthawallis display the statement of income expenditure every month on the notice Board of the Waqf Institutions, 6- Expediting recovery of Waqf contributions, 7- Supervision and guidance to District Waqf Advisory Committees, 8- To conduct meetings of Muthawallis as and when required, 9- To identify commercially viable Waqf properties for development, and 10- Implementation of Waqf Properties Lease Rules 2014.
Questionable
The Board’s initiative is questionable and seems to be purely politically motivated as much of the stated objectives lie firmly within the duties of the in-service Waqf officers. Curiously, the Survey of Waqf properties has been going on for nearly a decade and no meaningful progress can obviously be achieved in the short tenure of these officers. Curiously, most of these officers have held key posts in the Karnataka State Waqf Board during their official tenure of service. The question then to ask is: Would they achieve the objectives in three months when they could not do it while they were presiding the machinery as CEOs themselves with entire paraphernalia to carry out orders from them?

Patently Absurd
It is useful to be reminded that the Waqf Board appointed over 150 young officers and constituted the first ever ‘Waqf cadre’ in India in 2015. Does the Board require additional ‘Nodal Officers’ to replicate what the Waqf cadre is already assigned to or supposed to do? The excuse trotted out by the Board is that the Board needs to talk to senior Deputy Commissioners at district levels and young officers may not measure up to the task. The plea is patently absurd at best, and fallacious at the worst.
Dr. Mohammed Yousuf, ex-Chairman of the Board questions the very rationale of appointing the Nodal Officers when the Board is not headed by an elected Chairman. He says, ‘The Minister has neither initiated the election process for a new chairman, nor has superseded it. It is under an Administrator. The Administrator is appointed to look after the day to day work of the Board. He is not authorized to take policy decision. How could the CEO issue orders to appoint 13 officers, retired at that, offering them a princely sum by way of remuneration? Doesn’t he know the rules?” He says the expenditure on account of remuneration will be an additional burden on the weak finances of the Board.

Inconsequential
Another former Chairman and advocate Mr. Abdul Riaz Khan, though welcomes the appointment of the Nodal Officers, says, so far only 2% of the survey of Waqf properties have been completed. He says it is inconceivable that the retired officers appointed for three months would be able to contribute anything substantial and dubs the move inconsequential. “Survey does not mean the submission of survey report by the surveyor. It entails its documentation and approval by the Tahsildar and gazette notification.
Overstaffed
The Karnataka Board of Auqaf which takes pride in being one of the most efficient State Waqf Boards in the country, is beset with humongous issues of mismanagement and lethargy. In 2015, it announced commercial development of three prime pieces of real estate under its control i.e., the Gulistan Shadimahal on Infantry Road, land attached to the Mavalli Mosque and Bada Makaan in Mavalli with loans from the National Waqf Development Corporation (NAWADCO). Nothing came off it. (Refer Islamic Voice, issued dt. August 2015). It is stated that the NAWADCO has no funds. Next it recruited around 160 youths as employees under the newly created Waqf Cadre. Nearly half of them are stated to have migrated to other jobs, given the uncertainty and delays in matters of appointment letters and payment of salaries etc. According to Dr. Yousuff, the Waqf Board office is overstaffed, and questions the justification for appointing Nodal Officers.
The appointments will not stand the judicial scrutiny if one were to file a PIL in the Karnataka High Court. It is time the Department of the Waqf scraps the appointments and announces the schedule for the election of the Chairman rather than appeasing a set of favourites prior to Assembly elections.