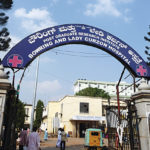 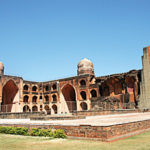 Bengaluru: The Karnataka budget for the 2016-17 has allocated Rs. 1,374 crores for various welfare and development schemes. The allocation for the minorities has gone up by more than 33% over the last year’s allocation i.e., Rs. 1,000 crore.
The budget was presented in the Assembly on March 17, by Chief Minister Siddramaiah who also holds the Finance portfolio. It was his 11th budget. He had been Finance Minister in earlier ministries too. Muslims, Christians, Jains, Buddhists, Sikhs and Parsis are included in the State list of minorities. They together have a 16% share in the population.
The Budget has envisaged a new scheme for modernization of madrassas with introduction of subjects like Natural Sciences, Mathematics, Computer skills, English and Kannada. Rs. 50 crore has been set aside for the same.
The Budget has made an allocation of Rs. 100 crore for development schemes in minority habitations across the state. It allocates Rs. 13 crore for development of leadership skills among the youth of the minority communities, and sets apart Rs. 125 crore for the Christian community within the budget.
The Government has sanctioned six Morarji Desai Residential Schools for minorities, ten post-matric hostels and two Minority PU Residential Girls Colleges for the year. Twenty pre-matric hostels would be converted into post-matric hostels with due enhancement of the facilities. Intake capacity will be increased in another 35 Morarji Schools. The food allowance has been increased by Rs. 200 per month for each student in the pre-matric and post-matric hostels. The Government will be opening information centres for creation of awareness about the Minority welfare schemes at the taluka level too. (The State has 176 talukas).

Aid for Viharas and Basadis:
The Government will sanction aid to help the Buddhist community to set up their Viharas (places of worship). Similarly, Rs. 5 crore has been allocated for development of Jain Basadis in the State.
The Government has also announced a monetary assistance of Rs. 2 crore for building Community centres on CA sites under the Bangalore Development Authority (BDA). The Budget has allocated Rs. 50 crore for construction of Shadi Mahal (community centres for holding marriages and other functions) in the state. A sum of Rs. 50 crore has been sanctioned for Bidai scheme for marriage of girls from the minority communities.
Haj Ghar gets another Rs. crore:
The State government has allocated an additional Rs. 25 crore for the Haj Ghar which has been under construction in Yelhanka, northern outskirts of Bangalore for the last five years. Its foundation stone was laid by Mr. Sadananda Gowda while he was chief minister of the State in 2011.

Rs. 3 cr. For Jameul Uloom:
The Government announced a special grant of Rs. 3 crore for the Jameul Uloom Group of Institutions being run by the Jame Masjid and Muslim Charitable Fund Trust. The Group has emerged as an iconic cluster of institutions that began operating from the basement of the City Jama Masjid near K. R. Market in the city and grew into a degree college and soon set up a residential school in Banikoppa, towards the southern extremity of the city. Late imam of the Mosque, Maulana Riyazur Rahman Rashadi was the founder of the institutions.

Degree College to be set up: Hony. Secretary of the Trust, Mr. Atheeque Ahmed told Islamic Voice that the Trust would set up a a separate residential PU and Degree College for Girls at Banikoppa.

Rs. 3 Cr. For Beary’s Bhavan:
The Budget has allocated a sum of Rs. 3 crore to Beary’s Association for its under-construction Souharda Bhavan (community centre) in Bangalore. Beary are a culturally distinct community of Muslims who speak Beary language (an amalgam of Kannada, Konkani, Malayalam with religious terminology borrowed from Urdu and Arabic). The four lakh strong community is concentrated in the coastal DK district of the State. Shafii maslak is one of the elements of the identity and they have customs and rituals typical of themselves. The community has of late shown tremendous educational awareness.

Mahmood Gawan Research Centre:
The Government will set up Mahmood Gawan Research Centre and Library in Bidar, the erstwhile capital of Bahamni Kingdom. Mahmood Gawan hailed from Uzbekistan and served as prime minister to several Bahamani kings. An erudite person, he set up a school in Bidar where pupils pursued advanced courses in Persian, Arabic, Astronomy, Chemistry and other subjects. The ruins of the madrassa in Bidar seems to be a replica of the madrassas in Bukhara and Samarqand.
Chair for Religious Studies: A chair for study of religious minorities will be set up in Gulbarga University in Kalburgi (previously Gulbarga). In yet another scheme, the Government has instituted special prizes ranging from ten to Rs. 10,000 to Rs. 20,000 for minority students who excel (marks wise) in SSLC and PUC exams in the state.
In yet another significant step, the Chief Minister has announced setting up a Medical College in the Bowring and Lady Curzon Hospital situated in Bangalore Cantonment area amid the thickly populated minority localities. A sum of Rs. 150 crore has been allocated for the purpose. The Government Medical College will have an intake of 150 a year. It is expected that the new medical and research facilities would benefit the people in Cantonment areas. (Reported by Maqbool Ahmed Siraj)