Thiruvananthapuram/Abu Dhabi: The Federal Authority for Identity and Citizenship UAE announced that it had issued its first gold residence card-permanent residency (PR) to diaspora businessman M.A. Yusuf Ali, Chairman of Lulu Group. Ali, who hails from Thrissur in Kerala, was handed the gold card in Abu Dhabi by Brigadier Saeed Salem Al Shamsi, executive director of the General Directorate of Residency and Foreign Affairs, as he became the first of 6,800 investors to receive the PR. The first beneficiaries are investors with total investments exceeding Dh100 billion. Unlike the long-term visa of five to ten years for businessmen and talented individuals, the Gold Card gives PR to the holder. Ali, who has been based in the UAE for more than 45 years, is considered as one of the biggest business leaders in the Middle East region with his retail and hospitality empire spread across the world, with more than 170 hypermarkets and shopping malls. Lulu employs more than 50,000 people comprising 42 nationalities. 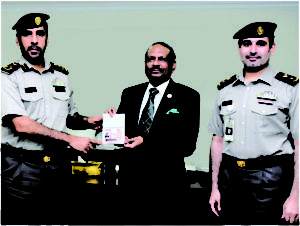