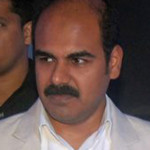 Malabar Gold opened its 123rd showroom and its largest jewellery store in Dubai in January, 2015. The store was inaugurated by Bollywood actress Kareena Kapoor Khan who is brand ambassador of the Jewellery store. Group’s executive director Abdul Salam K. P said that the showroom flaunts a six feet replica of Burj Khalifa in solid gold, weighing 160 kg in 24 carat. The store in Dubai employs people of 10 nationalities, speaking 31 languages. The jewellery has been sourced from 10 countries.