Islamic Voice 0 December, 2014 12:00 am
Urdu Book Fair in September
Demonetisation – Whom are they fooling?
Fundamentals of the Election Process 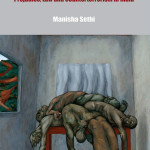 New Delhi: Hundreds of Muslim youth have found their lives destroyed when they were falsely accused of terrorism only to be released years later. A new book to be released soon explores this grisly underbelly of counterterrorism in India. The book Kafkaland: Prejudice, Law and Counterterrorism in India details prejudice and lawlessness that seems to be the standard operating codes of counterterrorism in India. The book by activist Manisha Sethi examines some of the prominent terror cases to show that the hallmark of terror investigations is not simply a casual subversion of norms, but cynical prejudice and brutal violence inflicted in the knowledge of absolute impunity. It also examines the disquieting trend of judicial abdication, wherein the courts indulgently ignore signs of torture, lack of evidence and absence of procedural norms, while trying terror cases.
Kafkaland challenges the dominant narratives of counterterrorism and the emerging security-industrial complex. Kafkaland is where impunity, bias, suspicion are sustained by laws, where erosion of constitutional guarantees is advertised as internal security, where corporate greed masquerades as national interest.
Manisha Sethi is currently Fellow, Nehru Memorial Museum and Library. She teaches at the Centre for Comparative Religions and Civilizations, Jamia Millia Islamia, New Delhi. She is also Associate Editor at Biblio: A Review of Books. Her book Escaping the World: Women Renouncers among Jains was published in 2012. Sethi is an activist with Jamia Teachers’ Solidarity Association.
Available at major bookstores and with the main distributor: IPD Alternatives 35A/1 Shahpur Jatt, New Delhi 110049 Tel. 011-26491448/26492040 e-mail [email protected] or directly from Three Essays (www.threeessays.com)