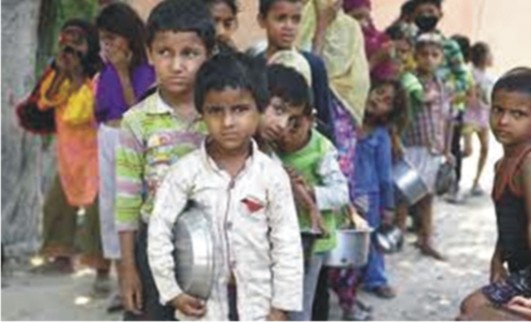 On Children’s Day, Markazi Taleemi Board calls for serious attention to children’s issues in India

New Delhi: On Children’s Day, the Jamaat-e-Islami Hind’s Markazi Taleemi Board (Education Board) urged both central and state governments to allocate a quality budget for children.

Calling children, the architects of the country’s future, MTB chairman Mujtaba Farooq said we as concerned citizens need to reflect upon the current conditions and situation of children in our country.

In a message, he said, “as a nation, we have been celebrating this day since November 14th, 1948. At a time when India is observing 75 years of Independence with fanfare, we as concerned citizens need to reflect upon the current conditions and situation of children in our country, who are its most treasured future. Children of this country consist of one-fifth of the total population and we believe that this group needs immediate attention from the state and non-state actors in order to make this day truly meaningful.”

Farooq said that on a special day, the MTB would like to highlight the serious issues affecting children in India. Emphasizing that all stakeholders need to work on the issues of nutrition, health, and education of children, he stressed addressing the concerns of malnutrition, stunting, and infant mortality. Pointing out that though the National Education Policy 2020 has repeatedly emphasized the need to universalize Early Childhood Care and Education (ECCE) by 2030, Mr.Farooq says, “the reality is that a big percentage of children do not have access to Anganavadi services as well as private and public pre-schools.”

Calling children, the architects of the country’s future, Mr. Farooq urged both central and state governments to allocate a quality budget for children, in this regard. He observed that the current budget FY 2022-23 of 2.35% of the total union budget was not sufficient to meet the nutritional, health, and educational goals to achieve the overall well-being of children of the country.

He also called on the Union and State to try to match up to the standards of Scandinavian Countries’ budgets on ECCE. The Chairman of the MTB also expressed grave concern regarding the situation of childcare institutions in India, children with special needs, the safety and security of children in government schools and pre-matric hostels, etc.