Shape of Things to Come

India will have more autocracy. Government’s footprint is expanding in all spheres. Modi believes in gigantism. 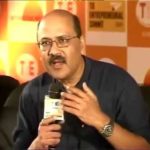 Senior Journalist and former Editor, Indian Express, Mr. Shekhar Gupta spoke on the nature of the current Government and the policies being pursued by the Centre before a select gathering of top businessmen of the country in Bengaluru on June 22. He had been invited by the group to know the shape of things to come in order to strategize and align their business policies as well as activities. Such conclaves are common among business groups and help these bodies to determine the course of politics in years ahead.

Prime Minister Mr. Narendra Modi has been emphatically telling that his government wants ‘Minimum Government, Maximum Governance’. But what we see is the opposite. The Government is expanding its footprint in every sector of the activity. It is for the first time that a Government with a sufficient majority is in the saddle of power and it wants to gather strength. Similar trends could be seen in major countries of the world, be it Putin in Russia, Shinzo Abe in Japan, Erdogan in Turkey, Netinyahu in Israel, Trump in the United States or Duarte in the Philippines. Putin is like a modern Czar. He believes in being brute, tolerating no differences. They all have alpha males holding the reins of power. The general mood is to have a stronger government. Look how the US cancelled the Cuban deal, is on the verge of annulling the Iranian deal and coming out of the Trans Pacific Trade agreement. People who had enjoyed laissez faire during the last three decades have also veered round to the idea of having stronger governments who can deliver.
A strong government can sustain itself in most of these countries, but may not work equal effectively in a socially diverse country like India where powers are distributed between the Centre and the States.
The Government is entering more sectors of our lives. Aaadhar is being sought to be introduced in more and more economic activities. Banks’ insistence on KYC (Know Your Customer) is making the process of banking cumbersome. The intake of IAS, IPS and IFS from the UPSC list has been doubled during the recent years which is a clear indication that the Government is expanding its sway.
Modi is not a hypocrite. The man you see the man you get. He is running a cabinet without a full-fledged Muslim cabinet minister. This has not happened before. Najma Heptullah has been sent away as Governor of Manipur. There is no Christian in the central cabinet as well. In Uttar Pradesh, his party did not give a single ticket to a Muslim. He has done away with the tradition of an official Iftar. His Government’s ideology is uncluttered.
India’s infrastructure has no relevance to its size. Indian medical colleges produce only 110 nephrologists in an average year while India can absorb 50,000 nephrologists. Dr. Devi Shetty says, India is the Diabetes Capital of the world. There will be more English schools opening all over the country. Aspirational class is moving towards the English medium education.
There are all indications that the Modi government will increase spending on infrastructure. There will be more ports, airports and expansion of the Railways. Roads will be coming up all along the coast. However, the urges of politics are such that he will have to sound pro-people.
It is a one-man Government and two-men party that is running the country. Kovind was told about his nomination for Presidential election only an hour before. No one knew till 3-55 pm as to who will be the chief minister in Uttar Pradesh where Yogi Adityanand was sounded about his anointment only five minutes before the swearing in.
The Government is confident that no one can shake it. It does not care about criticism of cow vigilantes going on rampage and mobs lynching people on mere suspicion. It is not bothered even about the criticism in the media as is evident from the NDTV episode. Even otherwise no TV channel has any news. They merely debate.
Modi likes gigantism, more infrastructure. Look at the Sardar Patel statue which will be two and half times taller than the Statue of Liberty. India will be more autocratic. Increase in Government’ sway may spell trouble. Socially diverse states are difficult to be managed by a central authority that does not respect diversity. Look how Soviet Union and Yugoslavia disintegrated. Only three socially diverse states have survived till today i.e., India, Indonesia and Tanzania. But among them all, Indian diversity is humongous. Though United States is also socially diverse, its institutions are well designed to accommodate the diversity. But not India’s. Here the State and Central laws cross cut each other in multiple ways. So far, the going is good for Modi. If the 2019 elections were to be held today, the prediction is that his party will return with 20 more seats. But no one can tell what would happen in the next 22 months.