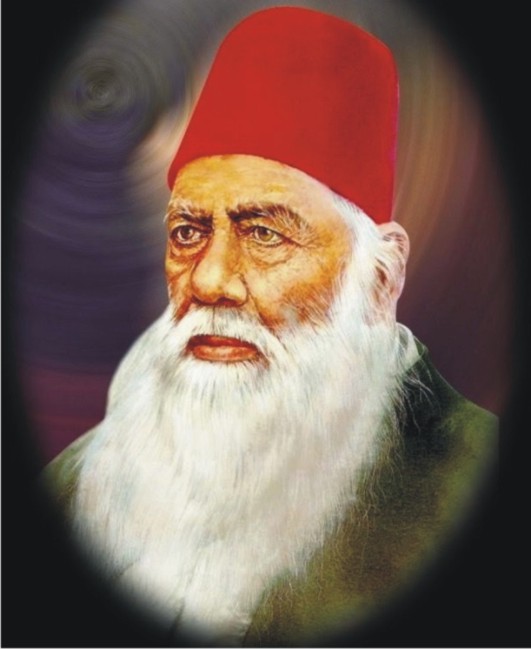 Sir Syed was a Strong Votary of Peaceful Co-Existence’

Aligarh: In India, Sir Syed Ahmad Khan worked to promote inter-communal harmony, particularly in the years following the “revolt of 1857.” Sir Syed spoke about peace and inclusivity in a setting that was rife with religious and sectarian controversies.

Speaking at a lecture on “Sir Syed’s Quest for Peaceful Coexistence” held by the Department of History at Aligarh Muslim University (AMU) on October 13 in this city, panelists emphasized this point.

The event was a part of a calendar of activities to commemorate Sir Syed Ahmad Khan’s birthday, also known as Sir Syed Day.

Prof. Abdur Raheem Kidwai, Director of the K.A. Nizami Centre for Quranic Studies at AMU, contextualized Sir Syed’s efforts to foster inclusivity and plurality in the society of 1850s northern India in his address.

“This was a turbulent phase for the Muslim Community where the Mughal Empire had collapsed and Muslims were in a state of political, social as well as economic crises. Sir Syed wrote his works when the general atmosphere was dominated by orientalist biases, sectarian polemics, and rigorous Missionary activities”, Prof Kidwai remarked.

He continued by saying that Sir Syed inspired the Muslims of his time to adjust and make accommodations to face the problems of modernity that western education brought with it.

“His major objective was to bridge the gap between the rulers and the ruled. It was for this purpose that he wrote “Asbab-i-Baghawat-i-Hind”, where he explicitly pointed out the flaws of the British administration in India that led to the revolt of 1857”, said Prof Kidwai.

He further said: “Sir Syed also wrote Tabyin-ul-Kalam and Tafsir al-Taurat wal Injil to show commonalities between the Bible, the holy Quran, and Torah of the Jews. He was the first Muslim who attempted to connect these divine books. Moreover, his Risala Ahkam-i-Ta’am fi Ahl-i Kitab instructed the people to maintain social relations with the British”.

“Sir Syed also encouraged Hindu brethren to undertake the overseas journey for higher education in England. These attempts of Sir Syed bore results and eventually eighty donors out of hundred and twenty donors for the construction of M.A.O College were Hindus and Christians”, Prof Kidwai highlighted.

“In this way, Sir Syed held not only the Muslims but the whole of India very close to his heart and nurtured civility and mutual respect in the society”, he concluded.

Presiding over the lecture Prof. Shan Mohammad, Former Director, of Sir Syed Academy, AMU said, “Sir Syed’s scholarship was an epitome of his farsightedness and brave attitude especially when he wrote in the times stricken with political turmoil. The destruction that the city of Delhi faced in the revolt of 1857 left the Muslim intelligentsia completely shocked and devoid of any support from the state. It was in these conditions that Sir Syed wrote his works to bridge the communication gap between the British government and the Muslims in India”.

He further said, “his role as a historian and archaeologist also cannot be overlooked as his Asar-us-Sanadid still remains one of the most authoritative works on the monuments of Delhi”.

Earlier, Prof. Gulfishan Khan, Chairperson, and Coordinator, of Department of History and convener of the program welcomed and formally introduced the speakers.

Both teachers and students attended the event, which offered a forum for academic engagement and intellectual interactions.