The Karnataka Waqf Board has made major strides in streamlining the management of the waqf estates in Karnataka and plans to boost revenue yielding capacity. 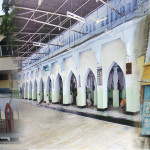 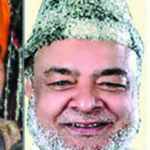 Bengaluru: The Karnataka Waqf Board will be developing three commercial complexes on waqf land in the city with loans from the newly formed NAWADCO (National Waqf Development Corporation). The construction will be taken up by the National Building Construction Corporation (NBCC), a Government of India enterprise, informs Dr. Mohamed Yousuff, Chairman of the Karnataka Board of Awqafs.
According to Dr. Yousuff, these will be the first ever projects to be taken up with involvement of the NAWADCO which came up at the fag end of the former UPA-II government following amendments made to the Central Waqf Act in 2013, while Mr. K. Rahman Khan held the portfolio of the Ministry of Minority Affairs.

Complexes on Waqf Properties
The properties to be taken up for development are Gulistan Shadimahal on Infantry Road, land attached to the Mavalli Masjid and the Bada Makaan (graveyard) property in Mavalli. Gulistan Shadimahal in the Cantonment year is a marriage hall on Infantry Road on a 18,755 sq. ft. area. Currently, the proceeds from the premises goes to distribute scholarships to needy Muslim students. The current building will be demolished and will be replaced by a five-storey complex with 60,387 sq. ft. rentable area. The Board hopes to receive Rs. 145 crore revenue during the next 30 years from the new premises. The Mavalli Mosque has a 21,084 sq. ft. plot of land where a building will come up with 71,968 sq. ft. commercially available area at an estimated cost of Rs. 35 crore. It is expected to yield Rs. 113 crore in the next 30 years.
The third complex will come up at the 30,300 sq. ft. scrap godown at Bada Makaan in Mavalli. It will be replaced by a 6-storey commercial complex to be built at a cost of Rs. 38 crore. It is expected to yield a rental income of Rs. 196 crore in the following 30 years. The new complex will have an area of 114,900 sq. ft. As per the Waqf Law, 7% of the revenue from each complex will go the Karnataka Waqf Board as Waqf Contribution. The remaining fund will be utilized for the welfare of the community.

Potential for More
According to Dr. Yousuff, the Waqf Board has identified 310 such properties in the State which can be commercially developed and leased out for revenue. The Board has currently 29,044 registered waqf institutions. Of these, 662 yield income exceeding Rs. one lakh a year. Furthermore, 41 of these institutions generate incomes over Rs. 25 lakh a year. Dr. Yousuff expects the number to grow to 60 shortly. Last year, the Board received Rs. 3.09 crore towards Waqf Contribution from the income-yielding institutions in the State and is currently ranked as the most efficient Waqf Board in the country.
Karnataka has 29,044 registered waqf institutions with 662 of them earning an income exceeding Rs. one lakh. These bodies control 35,841 estates and properties. The Board has completed the survey of 20,399 of the institutions. The work on completing the survey of the remaining is on. The number of such institutions is set to grow beyond 1,500 by the end of the current fiscal year. This was disclosed by Dr. Mohamed Yousuff, chairman of the Karnataka Board of Awqafs.
Of these 662 waqf institutions, the annual income of 41 institutions goes beyond Rs. 25 lakh a year.
Educational Institutions by Waqf
The State has 16 waqf institutions that have educational institutions under them. These are Masjid Ummul Hasnain, Indiranagar; CMA Masjid Khudadad, Tipunagar; Nau Bahar Shah Makan, Makan Road; Anjuman Niswan, Cockburn Road, Bismillah Shah Qadri, Cockburn Road; Kambalposh Dargah, Shivajinagar; Masjid No. 1, Karnataka Layout; Jama Masjid Magadi Road; Jama Masjid Mufiul Islam, Chikkanayaneknhalli; (all of these in Bengaluru), Anjuman Islam Dharwar; Anjuman Islam Hubballi; and, Anjuman Islam, Ranebennur.
Of the over 29,000 waqf institutions in the State, only seven direct their revenue for educational and medical institutions. These are Hameedshah Dargah Waqf Committee; Hazrat Ataulla Shah Nabishah Bada Makaan; Eidgah Jadeed Tannery Road; Gulistan Shadimahal, Infantry Road; Attar Syed Hussain Waqf, Double Road; and, Hazrat Madarshah Waqf, Tumakuru. Dr. Yousuff indicated that the Board is considering centralizing their revenues and disbursement in order to avoid duplication of recipients and beneficiaries.
Currently, 106 Waqf institutions in the State are under the direct management of the Waqf Board. He said the election of their executive committees would be held soon and management would be entrusted to them.
Mirza Ali Waqf
The Mirza Ali Waqf property dispute has been resolved in the recent months. The prime property on the city’s prestigious Richmond Road was under litigation for the last 30 years. The institution had entered into a contract with the Ranka Buiders to lease out one lakh square feet of area. The Board amicably resolved the matter with the Builders by returning them the advance amount with interest.

Litigations
Currently, the Board is pursuing eight major waqf cases in Supreme Court, 256 cases in the Karnataka High Court and 465 cases under Waqf Tribunals. The Board has pleaded with the Government to constitute the Waqf Tribunals soon.