All that the Government may retrieve is Rs. one lakh crore. Is it worth the effort? 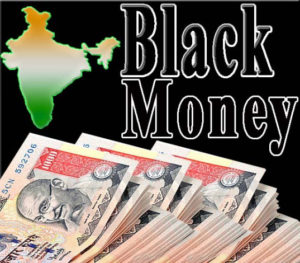 What is the component of the black money in the Indian economy? Let it be first known that black money is held in two forms, first cash, and second assets acquired from black money on which no tax is paid, such as land, shares and equities and gold.
The current demonetization of the Rs. 500 and Rs. 1,000 notes only affects the cash component of the shadow economy. The assets can be anyhow encashed anytime with new currency. Experts estimate that black wealth held in cash amounts to Rs 2 to 3 lakh crore while the notes being withdrawn from the economy are Rs. 13 lakh crore. This has put the common man in inconvenience.
‘How far the Government will be successful in retrieving the black money?’ is the question uppermost in minds. It is suspected that a sizeable amount of this money may have been converted into either white or into gold. The jewellery shops did roaring business till midnight on November 8 when the Prime Minister made the announcement inasmuch as several shops were emptied of all the ornaments in their shelves. Others have tried to push this money into accounts that were lying defunct for long or into Jan Dhan accounts of their near and dear ones who could be trusted to give them their money back in new currency notes.
The demonetization is therefore not expected to reduce the black money stashed illegally by more than 4% i.e., 1.25 lakh crore. This makes up only 0.8% of the projected nominal Gross Domestic Product of India in 2016-17. Shadow economy is said to be generating nearly 23.2% of the GDP.
Some may even destroy their black currency notes if they fail to whiten it by the deadline. Besides this, the Government will be spending around Rs. 10,000 crore on printing new currency notes, engaging additional staff at banks to handle the rush and the conversion, moving them across the country to fill bank chests and ATMs and arranging security for the logistics. Minus the cost, all that the Government may have ultimately will be around Rs. one lakh crore which is just around 0.7% of the GDP. The proverb ‘Mountain has labored and brought forth a mouse’ befits the situation.
Is the effort worth the sweat and toil, one can question? The bad debts (known as NPA or non-performing assets) of the banks doled out to the business tycoons and industries stand at Rs. 6 lakh crore as of now.